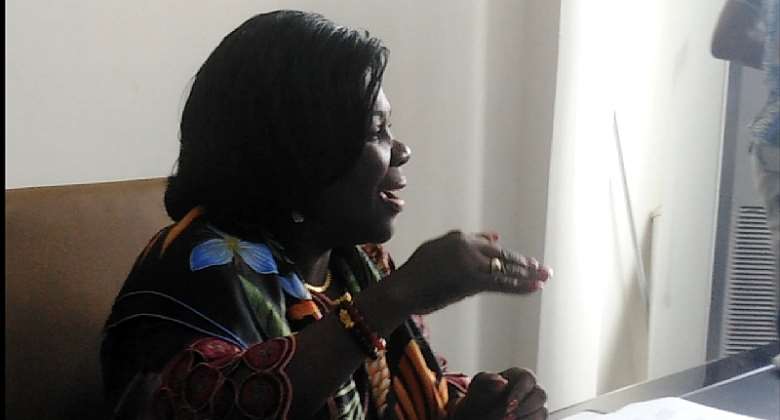 The Minister of Sanitation and Water Resources, Cecilia Dapaah has inaugurated a Special Task Force On Environmental Sanitation to work with the Ministry in attaining President Akufo-Addo's vision of making Accra the cleanest city in Africa.

According to her, the objectives of the Task Force include assessing the current solid waste management challenges and propose solutions.

She noted that the Task Force will deploy all necessary means within its confines of the law to ensure the cities are clean.

The sector minister added that the Task Force will have a life span of 12 months effective January 21 and will be meeting every first Tuesday of every month.

Speaking at the Inauguration Ceremony, Hon. Cecilia Dapaah said, "The Special Task Force will coordinate and monitor the performance of the Metropolitan, Municipal and District Assemblies (MMDAs) to provide effective Sanitation Service delivery."

She added that the Special Task Force will also monitor the performance of private sector service providers likewise their contracts.

The Minister, however, hinted that in line with the above objectives, the Task Force will work in close collaboration with other relevant institutions such as the Ministries, Departments, and Agencies (MDAs).

The key ministries for the composition of the Task Force include; Ministry of Works and Housing, Ministry of Environment, Science, Technology and Innovation, Ministry of Local Government and Rural Development among others

The Sanitation Minister mentioned that the formation of the Inter-Ministerial Special Task Force Team on Environmental Sanitation is to scale up the fight against the insanitary conditions in the city.

She charged the media to be watchdogs in order for the duties of the Task Force to yield good results.

Court adjourns case between Asanko Gold and GMWU to June 1 o...
27 minutes ago