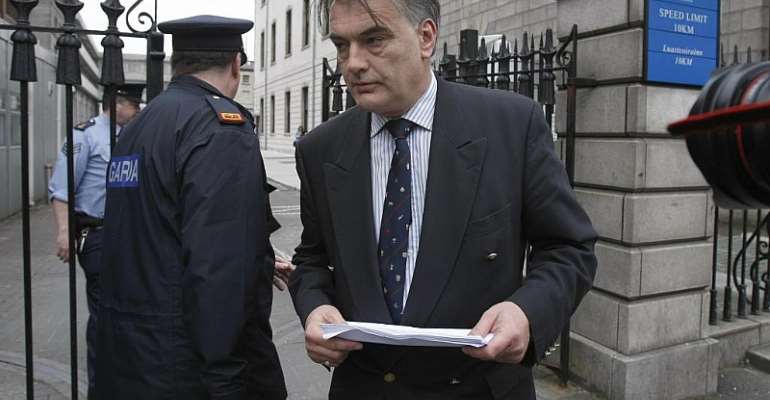 It is the third time French authorities have sought Mr Bailey's surrender in relation to the death of Ms du Plantier.

Bailey maintains he has nothing to do with the murder of Toscan du Plantier, whose bludgeoned body was found outside a holiday home in a remote rural community in county Cork on 23 December 1996.

Poor weather and a delayed investigation – a coroner only arrived at the crime scene after 36 hours – meant no material evidence could be gathered, and no murder weapon was ever found.

Numerous testimonies and pieces of circumstantial evidence link Bailey with the murder, but Irish prosecutors have long held there is not enough evidence to press charges.

Apart from occasional arrests on procedural grounds, Bailey continues to live freely in Ireland in the West Cork community where the murder took place more than 23 years ago.

Found guilty in France
A French criminal court decided in 2018 to proceed with a trial in absentia, and the British man was convicted of murder and sentenced to 25 years in prison in May last year.

Ireland's High Court has approved two previous extradition requests from France in 2010 and 2017, but Bailey has avoided extradition each time.

Toscan du Plantier's family and their lawyers hope the ruling puts enough pressure on Ireland's courts to see through an extradition.

“I ask simply that this man face a court of law, it doesn't matter if it's in France, Ireland or elsewhere in Europe,” Toscan du Plantier's son Pierre-Louis Baudey Vignau, who was 15 at the time of his mother's murder, told French radio RTL on Monday.

“What matters that he faces the elements that show that he assassinated my mother.”