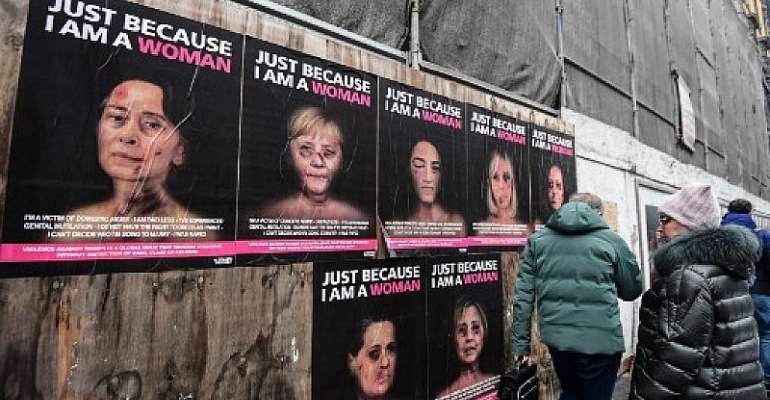 The beaten and disfigured faces of Angela Merkel, Brigitte Macron and Michelle Obama are among several high-profile political figures whose image is being used by an Italian artist to draw attention to the issue of violence against women.

As part of a campaign called "Just Because I am a Woman", portraits of the women, retouched to included cuts and bruises, have been put on display in the streets of Milan.

Under their bruised faces is the message: “I am a victim of domestic abuse. I am paid less. I've experienced genital mutilation. I do not have the right to dress as I want. I can't decide who I'm going to marry. I was raped.”

The posters say violence against women is a “global problem that affects everyone regardless of race, class or religion”.

Pop artist and activist AleXsandro Palombo, who created the portraits, says he wants to see a "real response from institutions” on the problem of violence against women.

Palombo has run similar campaigns in the past featuring battered celebrities.