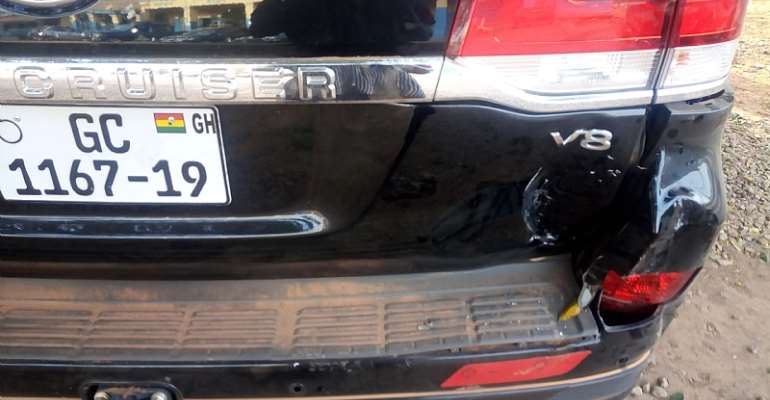 The Minister of Lands and Natural Resources, Hon Kwaku Asomah Cheremeh on Thursday, 2nd January 2020 crashed his official V8 Land Cruiser in an attempt of chasing a truck loaded with logs.

In what, according to the eyewitnesses, could be described best as a war front, the Minister upon seeing the truck with the logs decided to personally chase the truck.

In the process, the minister had to cross the flower bed from the other side of the main Sunyani - Techiman dual road where he finally crossed the truck just opposite the Excel Filling Station in the middle of the road at around 8:00pm.

According to a reliable sources, the driver of the truck upon seeing this did what he could to save the situation of knocking down the Minister and applied the brakes from a distance but unfortunately, had to hit the back (bumper) of the Minister's Official Land Cruiser to avert what others described could have been a fatal incident on that evening.

It could be recalled that during his days as the Regional Minister of the then Brong Ahafo Region, there were growing allegations levelled against him by sections of the Timber Workers Association in Dormaa and Techiman of impounding their logs and extorting monies afterwards.

This allegation was taken up by the then NPP Regional Youth Organizer who is now the Bono Regional Chairman, Mr. Kwame Baffoe and subsequently petitioned the Office of the President in what he, Mr. Baffoe, described as ''corruption'' which should not be entertained and prayed for the President to suspend him as the Regional Minister for full investigation but nothing has been heard from the Presidency regarding the petition.

In the petition by Mr Kwame Baffoe to the Presidency in 2017, he alleged that the minister has been “collecting monies from members of the Dormaa Timber Market and Techiman timber market” to the tune of millions of cedis.

A close source said that the Minister, Hon Kwaku Asomah Cheremeh has vowed not to allow the Forestry Commission and the MTTU to release the logs and the truck to the driver though, according to the source, the driver has genuine documents covering the logs because the Minister was heard saying that he will release the truck to the driver in the next two (2) years and that no other person can prevail upon him to do otherwise.

The driver, who happens to be the owner of the truck and his mate, Mr. Abdul Wahab has since been detained at the police station. 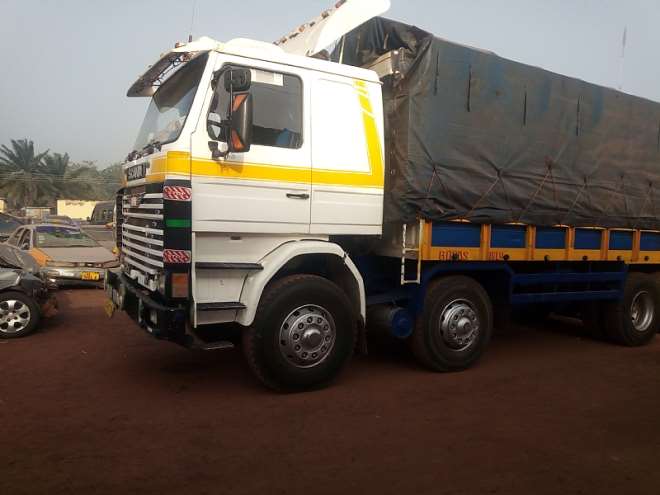 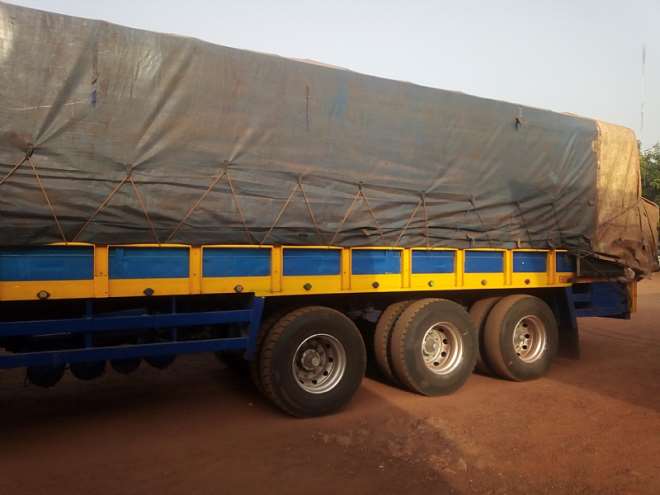 Arrest Any Chief Involved In Galamsey - NPP Communicator
14 minutes ago