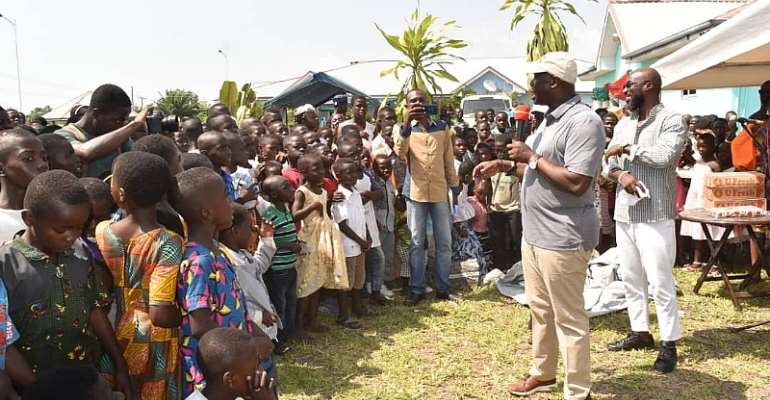 The Member of Parliament for Ellembelle Constituency in Western Region, Emmanuel Armah Kofi-Buah has organised an end-of-year party for over six thousand (6,000) children within his area on Christmas Day 25th December.

The event, which has become an annual ritual, brought these children together to congregate at the AYA Recreational Center at Ampain for merry-making.

The highly elated crowd was treated to food and drinks amidst outdoor games and entertainment.

The MP supplied the children with literature books plus other stationery to improve their academic performance.

"The gesture basically is to let the children remember the birth and life of Jesus Christ, and live in peace and unity with their parents," he said.

He explained that in addition, "the gesture would motivate them and encourage them to become responsible and disciplined future leaders in Ellembelle and Ghana at large."

Addressing the charged and enthusiastic atmosphere, the NDC MP said Christmas was a period to show love and oneness.

He added that the purpose of the children's party was to let the children feel the importance of the birth of Jesus Christ.

To him, Christmas was about love and affection and nothing else, "And there is no other way of showing love than to bring our children together and give them something important and to talk to them on how important they are, how much we cherish them."

He continued, "And doing so, we also gave them a lot of reading books to basically instill in them the sense of reading and to understand that education is so important. We believe that this is the best way of celebrating Christmas."

He, therefore commended Vector Global Logistics, LightHouse, Books for Africa and Atlanta Partners the US companies based in Atlanta for supporting him with the books.

He disclosed that the books were more than one million and the rest would be distributed to all Basic Schools within the Constituency when school re-opens.

The Lawmaker expressed his happiness about the number of children who attended the party, adding that he initially was projecting three thousand (3,000) but the projected figure doubled.

"I am happy that 6,000 children today are beneficiaries of these books and the party. Since I became Member of Parliament for this area, I have been organising Children's Party for kids within this area and it is not about giving them only food and drinks but giving them stationery including toys among others," he stressed.

He advised the exciting children to take their education serious and encourage them to emulate him as their Member of Parliament.

According to him, children represented the future of the country and advised parents to pay particular attention to the progress of their children in school and at home.

He pledged his continued support to health, education and other development projects to ensure the development of the Constituency.

The lawmaker seized the opportunity to share his Christmas message to Ghanaians.

He urged Ghanaians to enter an election year and live in love, peace and harmony.

Most of the children expressed their heartfelt appreciation to the MP, Emmanuel Armah Kofi-Buah for such a humanitarian gesture and prayed that he deepens his love and care for them in the years to come.

"We have learned a lot of things here, we have learned how to cook, how to play football, we also danced, we were fed with good food. We pray to God to give Armah Kofi-Buah long life to help us to celebrate every Christmas, God bless him", they acknowledged.

Journalists in Western Region who had an opportunity to attend the party described Armah Kofi-Buah as an astute politician with impeccable record in development and social welfare. They also described the Children's Party as the biggest in the region.

In addition to the party, the children were given free transportation according to organizers of the event. 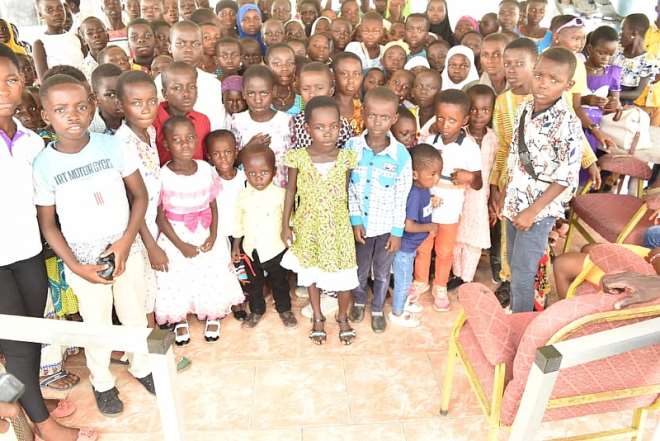 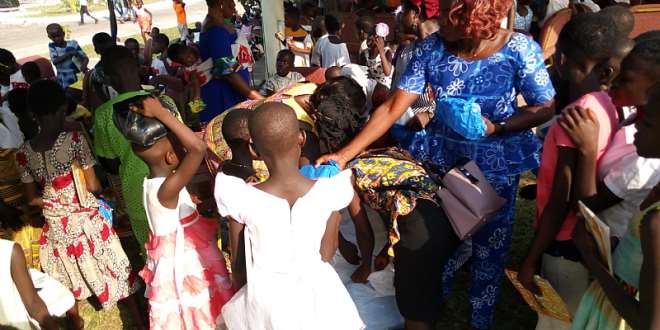 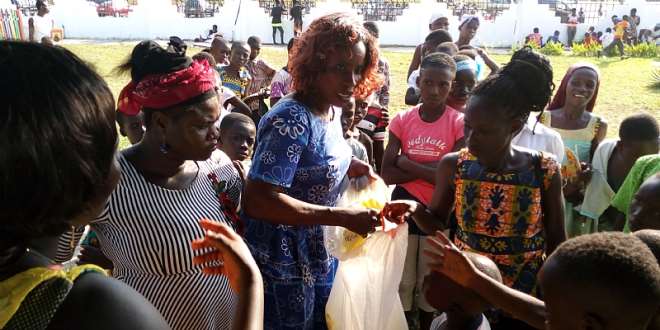 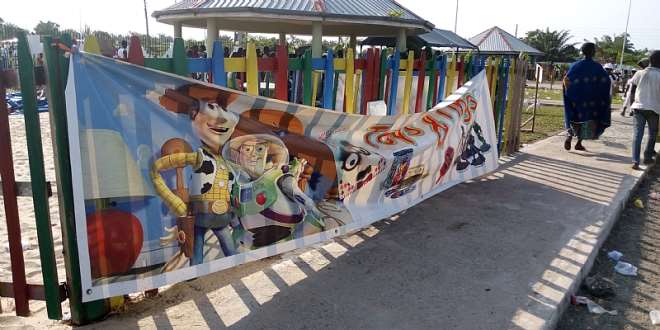 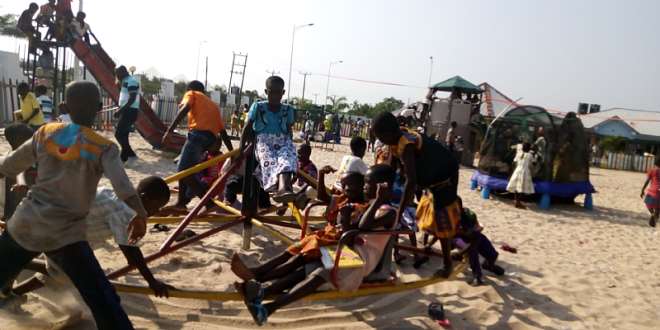 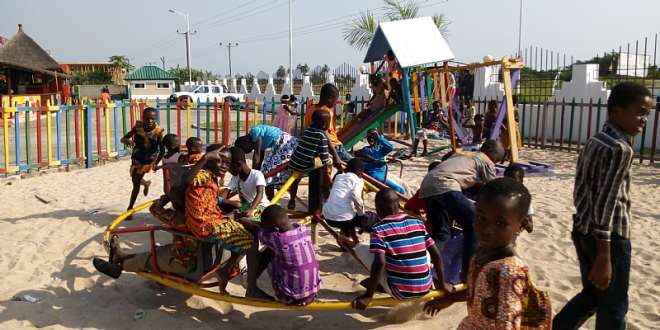 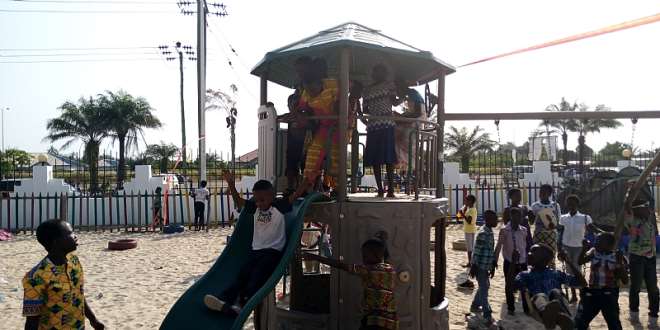 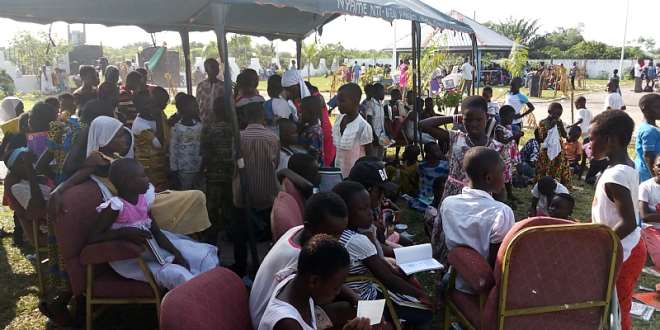 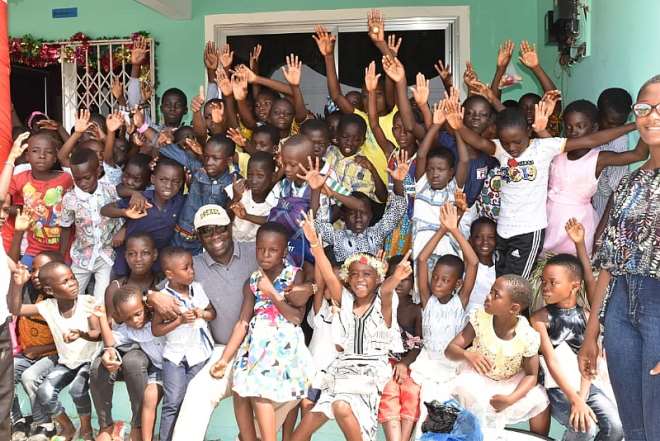 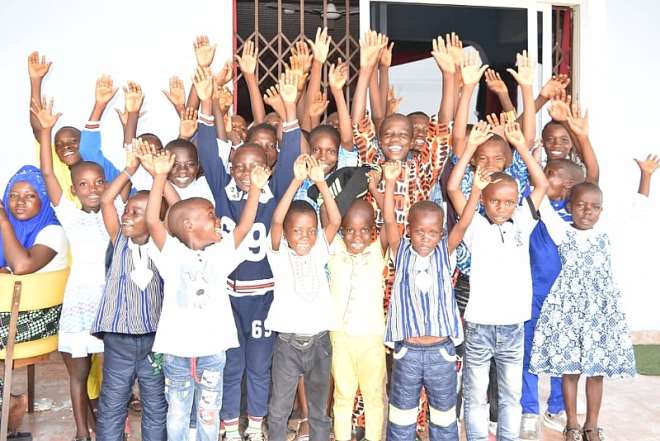 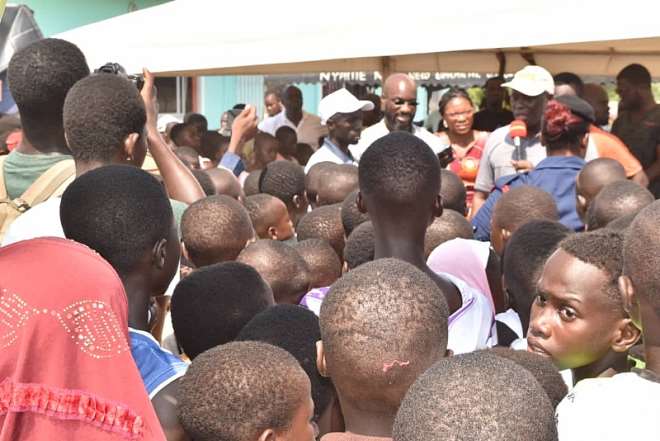 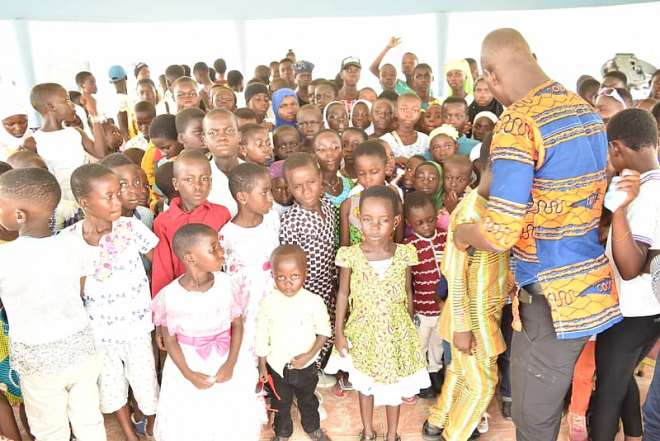 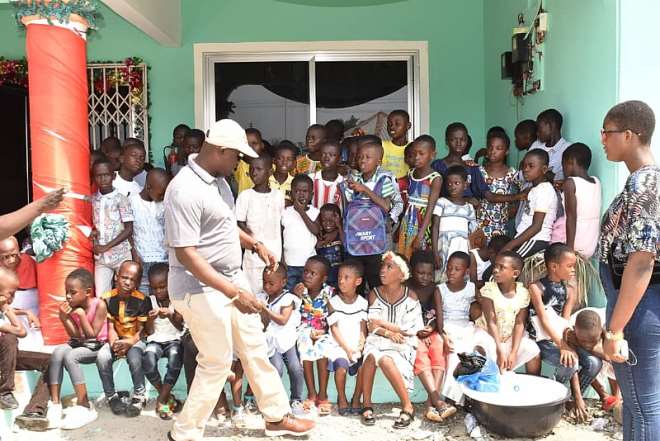 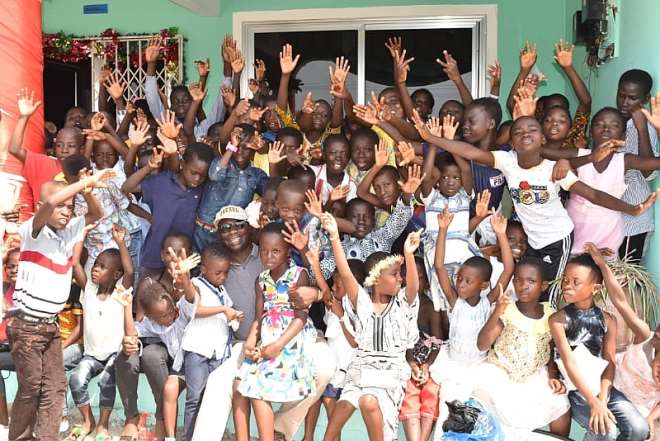 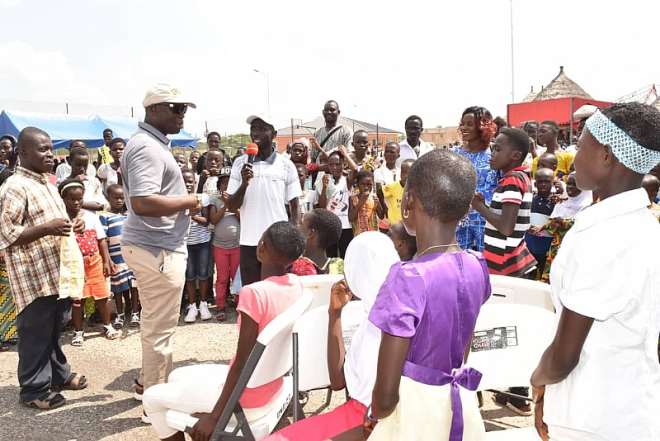 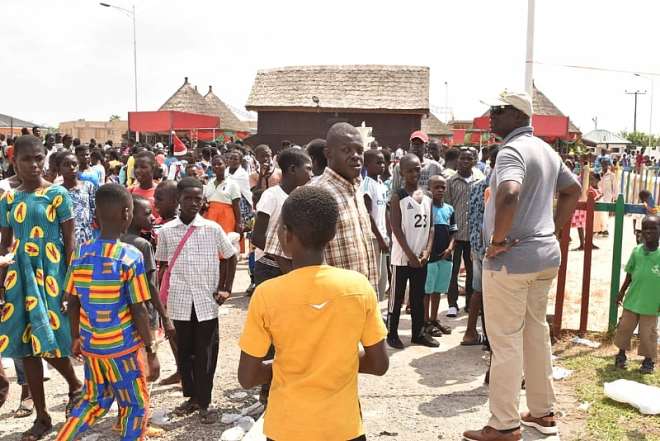