Ebola Attacks Worldwide Can Be Carried Out Any Time 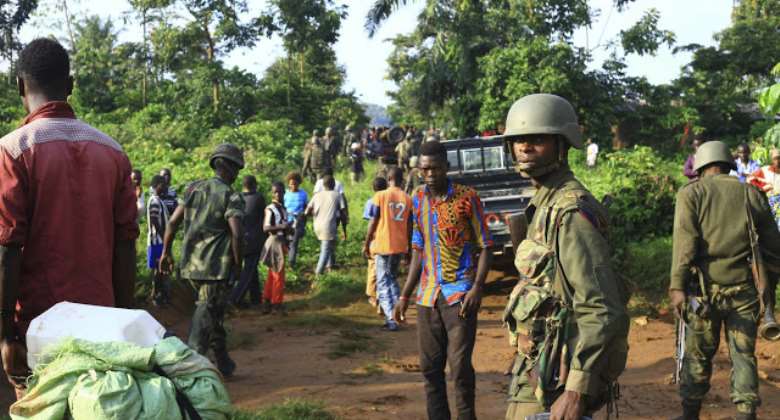 “In due future, Ebola will strike back worldwide because it is a dangerous biological weapon and rebel groups throughout the Ebola-stricken countries are aware that Ebola virus can be made on their own kitchen table.” - Johan Van Dongen

Since the beginning of this year, many health workers working round the clock to save the lives of Ebola victims have been subjected to a series of attacks.

The attack in Oicha, demonstrations in Goma
A pair of attacks on Nov 27 left six outbreak workers dead and shuttered response operations in Biakato Mines and Mangina.

Along with news of a general strike (Ville mort) in North Kivu, which was declared yesterday, the WHO's African regional office said today that a new rebel incursion in Oicha led to civilian casualties. In addition, demonstrations have been reported in Goma, the capital of hard-hit North Kivu province.

No new Ebola cases were reported today, keeping the total at 3,313, according to the WHO's online Ebola dashboard.

Rebel I
According to Rebel I, you cannot separate vaccinations from distrust when it comes to combating Ebola. At the same time, you send people with needles and vaccines to the African continent while forbidden in the western world.

It is logical that people look suspiciously at this, people have the idea: the West is attacking us. Certainly, because Africa has a very ugly history with Europe.

In the past two weeks, violence, widespread civil unrest, and targeted attacks have severely disrupted the Ebola response and restricted access to affected communities in multiple locations.

As a result, several keys activities of the responses experienced a diminished performance, including the volume of reported and investigated alerts and the number of contacts registered and followed.

The volume of alerts from health zones affected by insecurity is lower than usual, and this has led to an overall reduction in the average number of alerts reported in the last seven days. Of the 3346 alerts reported, 96% were investigated within 24 hours.

The overall average percentage of contacts under surveillance in the last seven days is 70%, which is below the average for November prior to these security events.

This is due mainly to performance being suboptimal in some areas of Beni, Mabalako, and Oicha Health Zones, with only 82% of contacts followed in Beni, 68% in Mabalako, and 42% in Oicha.

These numbers are improving slowly since the events, but fluctuations illustrate the continued impact that security events have on response activities.