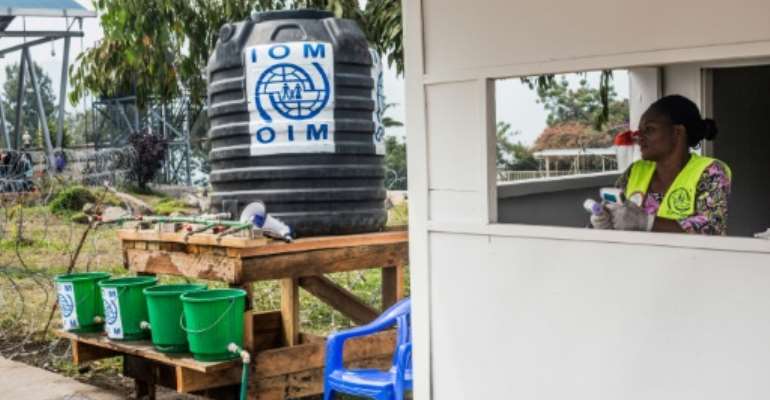 In August, Rwanda briefly closed its border with DR Congo when the first Ebola cases were recorded in Goma. By Pamela Tulizo (AFP)

Rwanda on Sunday started a voluntary Ebola vaccination programme at its border with the Democratic Republic of Congo in a bid to prevent the spread of the deadly virus from its neighbour.

All countries in high-risk areas, even if not hit by Ebola, had been advised by the WHO to use a new vaccine developed by US group Johnson & Johnson, the country's health minister, Diane Gashumba, told journalists.

The idea was "to protect those with high chances of getting in contact with people living in areas where Ebola has been reported to be active", she said.

The vaccine, Ad26-ZEBOV-GP, is an experimental drug produced by US pharmaceuticals giant, Johnson & Johnson. It was used for the first time in mid-November in Goma in DR Congo, on the other side of the border.

So far, there have no confirmed cases of Ebola in Rwanda.

The epicentre of the outbreak in DR Congo, which has killed more than 2,200 people since August 2018, is located 350 kilometres (217 miles) north of Goma, in the Beni-Butembo region.

That region sits on the DR Congo border with Uganda.

More than 250,000 people in DR Congo have already been vaccinated using another product, rVSV-ZEBOV, made by US drug company, Merck Shape and Dohme.

People working in the health sector, at border crossings, police officers, and business executives who frequently travel between the two countries are being given priority in the vaccination campaign.

But all residents in the border districts can ask to be vaccinated if they wish.

The first volunteers expressed relief at the measure.

"We lived in a life of worry because of what was going on in DR Congo," Joel Ntwari Murihe, one of the first Rwandans to be vaccinated, told AFP.

"It caused a lot of border disruptions as we were restricted to buying or selling with DR Congo residents who live in Goma.

"The vaccine is an assurance to the safety for our lives and our children's lives."

The head of DR Congo's anti-Ebola efforts, Jean-Jacques Muyembe, and the WHO's representative in Rwanda, Kasonde Mwinga, were present at the campaign launch.

In August, Rwanda briefly closed its border with DR Congo and ordered its citizens not to visit the country when the first Ebola cases were recorded in Goma.

The city, which is the regional capital of the Congolese province of North Kivu, sits on the border with Rwanda.

The border has since been reopened, but strict medical checks are being enforced.