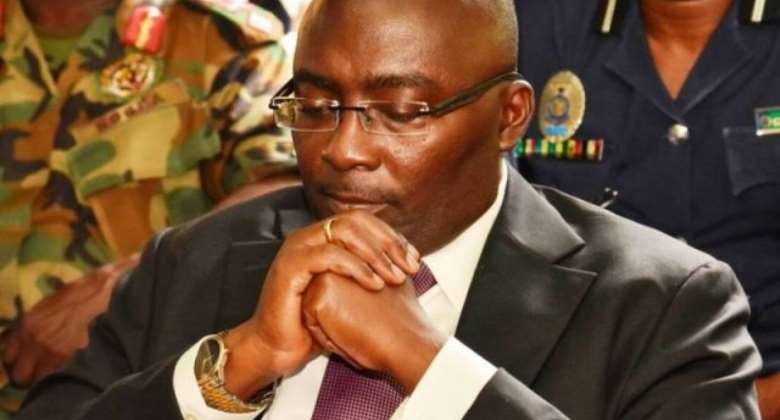 In a post on his Facebook page, V. L. K. Djokoto said: “We cannot achieve meaningful social progress and cohesion on the issues so many Ghanaians care about when elected officials feel more accountable to their tribes and strongholds rather than to the Republic.”

Background
Vice President Dr. Mahamudu Bawumia has fiercely challenged former President John Dramani Mahama to mention just one legacy he left for the North during his reign as President of the Republic from 2012-2016.

Addressing the gathering, Dr. Bawumia questioned: “H.E John Mahama should tell Ghanaians one legacy that he left in Northern Ghana, just one when he was President for four and half years. What legacy did he leave?

“Is it the SADA that he left as a legacy for the North or it’s the Guinea fowls that he left for Northerners” he rhetorically quizzed.

“President Akufo- Addo has introduced the Planting for Food and Jobs, Free SHS, One Village One Dam, Zongo Development Fund, Rearing for Food and Jobs (RFJ), One Constituency One Ambulance, One District One Factory, One District One Warehouse. The construction of the Pwalugu Dam will also start this year. In addition, the President has brought peace to Dagbon and created two new regions (Savannah and North East).

These are legacies President Akufo- Addo will be leaving after his tenure as President. What legacies can former President Mahama point to? “He asked.

Since the festival historically takes its roots from agriculture, Dr Bawumia used the occasion to assess agricultural productivity in the three years of President Akufo-Addo’s government in the Nandom district to see the progress so far.

“For instance 12,711 farmers are benefiting under the Planting for Food and Jobs with a total cropped area of 18,014 hectares. Also, as a result of the subsidised fertilisers, seeds and other farm inputs provided by the government together with the timely sensitisation of farmers on agronomic practices by MOFA staff, there has been a quantum leap in crop yield in the Nandom Municipality. Farming season crop yield in the Municipality increased by 30% in 2018,” the Vice President stated.

“Under the Planting for Export and Rural Development, so far a total of 68,000 cashew seedlings/seeds have been procured and distributed to about 600 farmers in 33 communities across the district. This intervention is expected in the long run to be a reliable source of income for farmers,” he added.