Planting For Food Success Spreads Across The Country Like Wild Fire 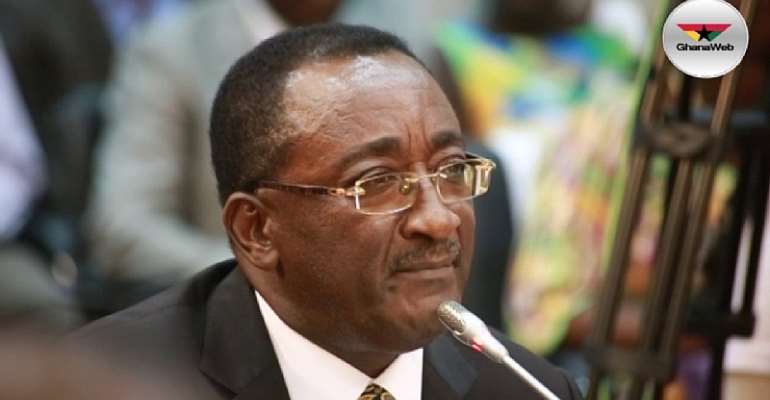 The Citizen Watch Ghana has described recent comments by the Minister for Food and Agriculture, Dr. Owusu Afriyie Akoto that beneficiaries of PFJ were making so much and able to build blockhouses in the Savanna region very unfortunate.

The truth of the matter is the success of PFJ has impacted on rural Ghana nationwide, for which we know most of the rural housing are made of mud.

“From our checks, over 900,000 biometric registrations have been done by the government and is expected to attract farm families of three each making individual beneficiary members exceeding 2.7 million.

The majority of these farmers were from Western, Bono, Ahafo and Ashanti Region. The success of the PFJ is not limited to only the Savanna region”, according to a statement issued in Accra and signed by Francis Mensah, Convener of the group.

“We were expecting that the ministry could do a good work which would be a true reflection across the country and not only the Savanna region.”, it said.

According to the statement, PFJ has been very successful since it was implemented but the only limitation it has now was access to the market and if not handled very well could be short-lived.

The Citizen Watch Ghana, is, however, calling on the Ministry of Food and Agriculture to support farmers to add value to their products in an attempt to tackle food gloat which the country is bound to experience any time soon.

According to a statement from the Citizen Watch, if steps are not immediately taken to integrate the produce from the farmers into a full value chain or export the products, this is likely to lead to food gloat and become a disincentive for farmers.

“We don’t want the success of the PFJ to be short-lived and that is why we are calling on the authorities to consider these options which would also tackle the issue of post-harvest losses in the country”, it said.

The government needs to invest more in processing, adding that adopting the Ekumfi Pineapple farming model should be the best way forward which would guarantee a true success for these projects.

The government should make sure that value chain for these commodities are fully implemented to derive the needed revenue for farmers and income for industries.

“Through the PFJ, harvest has been good, processing commodities such as maize into cornstarch, cornflakes, corn floor among others, would cut down on our imports for this products and also create meaningful jobs for our youths”, it said.

Address Me As ‘Ya Na Abukari II, Stop Using My Enskinment Pi...
1 hour ago