SRCs Of Technical Universities Are In A State Of Coma 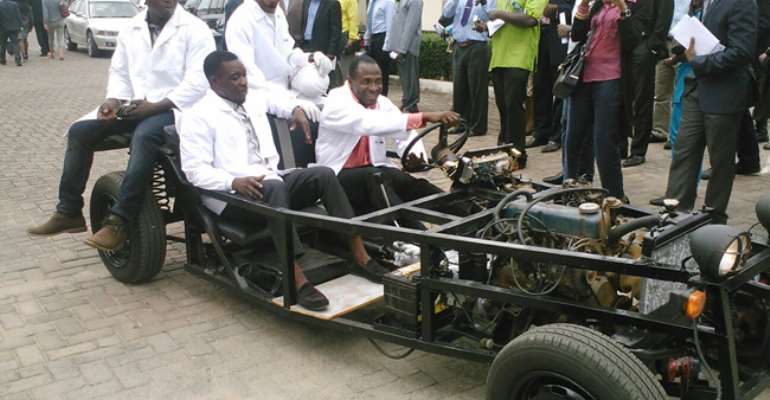 While the government has demonstrated that it has no regard for the education of students in the Technical Universities (TUs), it appears the Student Representative councils (SRCs) in our TUs either agree with the government or they are brazenly ignorant of current happenings.

We have people occupying portfolios in the SRCs but that has barely translated into leadership because there is a huge leadership void that no one is interesting in filling.

We are 6 weeks into the semester but there has not been any serious academic work done.

It goes without mentioning that SRCs in the TUs should have by now organized themselves to register their strong disaffection with the current state of events. Something in the form of a peaceful simultaneous nationwide demonstration by student in TUs is quite overdue.

For instance, Koforidua Technical University (KTU) SRC two weeks ago, organized what probably could be the biggest massing up of students ever seen on campus only for the purpose of jogging.

The question that begs for an answer is that if KTU SRC could do this for fun, what is preventing it from repeating it for serious business.

Government of Ghana has shown times without number that the only language they understand is that of agitation.

Our SRCs must know that student interest does not lie on their ability to organize beauty contests or doling out huge sums of money for music artists to perform on campus. Fighting for Student interest is putting skin for students on things that matter. One such thing that matters is the academics.

As a student, I believe TUTAG has strong case. Morality, undoubtedly is on their side. It would be out of its place for students to ask them to return to the class when their demands have not been met, especially when you consider the fact that government has been ignoring them for the past three years.

It is in this light that SRCs of TUs must embark on a peaceful demonstration to force government to comply with the demands of TUTAG so that lecturers could return to the lecture halls.

Like state before, demonstration by students in TUs will not only fast track government negotiations with TUTAG but will deepen the cooperation between lecturers and students which a necessary component for efficient academic work.

This is a call to action. SRCs of TUs must wake up. This is a grand opportunity for them to prove their worth.