Gérard Araud: the art of being a French diplomat 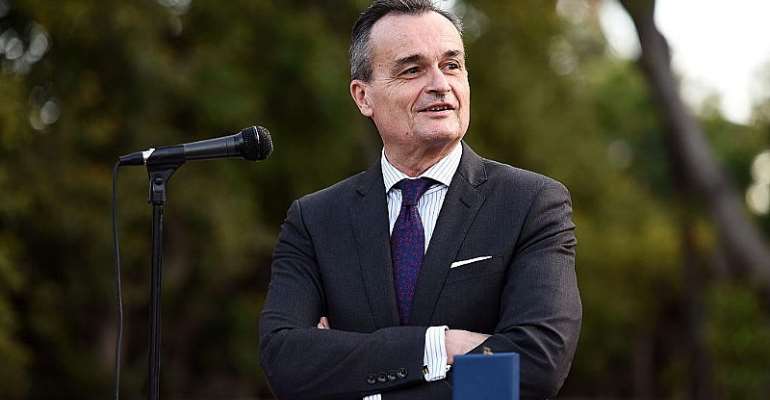 In his recently-published memoirs, Passeport Diplomatique, Gérard Araud looks back on four decades as a French diplomat: in Israel, at the UN and most recently as French ambassador to Washington, DC.

While France has the third largest diplomatic network in the world, few ambassadors are as straight-talking as he is. He opens up to RFI about diplomacy in the age of social media, controversial tweets, dull dinners, sexuality and the challenge of explaining laicité to Americans.

(This is an edited version of an interview that is part of the Spotlight on France podcast. Subscribe here)

Q: How has the role of ambassador changed during your career?

Gérard Araud: When I started my first post, in 1982, I was a young diplomat in Israel. At the time you didn't have internet, you didn't have computers, and in a sense information was a bit rare. It was a sort of romantic vision of a diplomat trying to get access to secrecy.

Right now it's the opposite: information is everywhere and the question is to select which is important and relevant to the job.

Also, the Quai d'Orsay, the foreign ministry, was quite hierarchical, a sort of conservative body with dynasties of aristocrats. It has been democratised and it's much more open and diverse. It's still not exactly the reflection of the reality of the French society but we are on our way.

Q: One of the things you have to get to grips with nowadays as a modern diplomat is social media. On your retirement six months ago the Quai d'Orsay tweeted “Au revoir to our favourite Twitter ambassador Gérard Araud". Some of your tweets, such as  “a veto is like sex: the first time you blush and then you get used to it”, are very witty, but not very diplomatic. Some have been very controversial.

GA: Frankly Twitter is not my generation, and I did it under the instruction of the Quai d'Orsay. Maybe after that they regretted it.

If I had been ambassador to China or Russia I would have done tweeting maybe about Versailles or the cathedral of Chartres. But [the US] was an open society where 75 per cent of information people get is coming from social media.

If you want to exist in social media you have to make some noise. If you're uttering only platitudes nobody will follow you.

Q: Do you have any regrets tweeting on the evening when Donald Trump was elected, 9 November 2016, something to the effect of “After Brexit and this election a world is collapsing before our very eyes, I've got vertigo”?

GA: I think I was right on the substance. Nobody had expected Brexit, nobody had expected Trump really, so that morning I concluded that western societies were facing major crises, that populism was a wave throughout the western world.

Of course, I was thinking of the next presidential elections in France in May 2017. It was not criticising Trump in any way, and I deleted the tweet after two minutes. Bbut unfortunately it was 2am, and that means 8am in Paris, so it was on all the radio and TV.  I'm ready to admit it was a mistake.

Q: Which moment in your career are you most proud of?

GA: I think it's at the United Nations Security Council, when we voted resolutions on African conflicts: awful civil wars or conflicts in Kivu, South Sudan or Central African Republic with thousands of people killed and rapes.

Even with all its shortcomings, you can say they don't do a lot, there's trafficking and so on, but the UN is the only institution which really cares, by sending peacekeeping operations or sending UN agencies. The only one to care about conflicts which have horrendous consequences on the civilian population.

Q: What about the resolution voted in 2011, and backed by France, to allow military intervention in Libya?

GA: I recognise that there is an open debate about whether this resolution was a good idea or not. In my book I try to be very frank about what foreign policy is. You're making decisions, making mistakes, making bets, taking decisions which like many human decisions have positive and negative consequences at the same time.

Afterwards you wonder from time to time if you were right. In the case of Libya, you can say on the one hand that [Libyan leader] Gaddafi was saying he was going to take Benghazi and that blood would flow and the Arab League was really demanding an international intervention.

But the other side is the fall of Gaddafi with the civil war in Libya. I don't have the answer, but I recognise there's legitimate debate about it.

Q: In your book, Passeport Diplomatique, you say you became a diplomat out of “a desire for exile”. What do you mean by that?

GA: I come from the provincial middle class in France and I went for what we call the “social elevator”. I got on through school. I didn't really have any calling for diplomacy, I became a diplomat by chance.

It was also at a time when I was not very happy in my private life and I decided that it would be better to leave Paris, to leave France. So there was a sort of personal private and professional conjunction which brought me to diplomacy and I've never regretted it.

Q: You're openly gay. Was it in any way complicated being a diplomat, with all these dinners, all the entertaining with spouses?

GA: The French way has always been 'don't ask don't tell'. In America this is seen as a constraint, but in the French system it's seen as a freedom: you don't talk about your personal life and nobody will ask you about it.

That was very convenient for me because I didn't hide, but I didn't talk about it. I went to dinners as a single man.

But that changed when I was in America because the first time I was interviewed in Washington, in 2014, American journalists immediately raised my private life. A French journalist would never have done that.

What's interesting is that even in a “Trumpian” Washington, Americans are actually very open, so I was invited with my partner in a very natural way by the Americans. The only objection was from my partner who considered that these dinners were deadly boring and most of the time didn't want to go. I understand that.

Q: What do you think Americans most struggle to understand about contemporary France?

GA: I travelled extensively throughout the US, and I used to go to the universities and something Americans can't understand - and it's not only the Americans - is French secularism, laicité. It's very un-American.

And the question of the veil: forbidding the veil in public schools and in the administration, we had a very tough and tense dialogue with the students. I stood with my line, but I knew that I was not going to convince them.

We have a totally different experience of religion. In France basically secularism was to protect the state from religion because the Roman Catholic Church wanted to have an influence on the power.

In the US it's to protect religions from the State because the founders of the US didn't want to have an established church at the expense of the dissenters. So it's really the opposite.

In America religion is a value whereas in France it's very private and in a sense there is also an anti-religious streak in French culture.

Q: You've mentioned that one of the things you loved about the job was being able to see how foreigners view France. The French are not that patriotic, not always proud to be French. What reactions did you get from abroad?

GA: It's not bragging, or propaganda, but what is striking is that France has a very strong existence in people's imagination. We are a country of 65 million inhabitants but actually we have an influence, an aura, which goes well beyond that.

You meet people in the most surprising places who love France, speak French, love French literature and French culture. So I've always had a feeling of pride.

You know, when you're an ambassador you are making more or less the same jokes and I was telling the Americans in Washington 'I'm so grateful because I don't know how you can love the French the way you do. We are unbearable'!

This interview was produced as part of the Spotlight on France podcast.