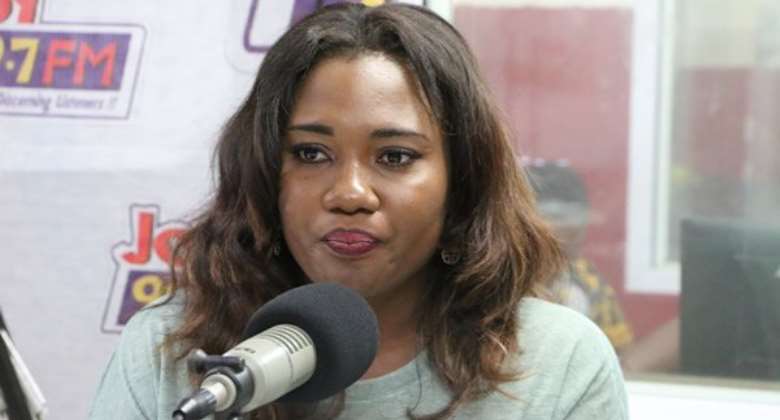 A former student of the University of Cape Coast, Nana Abena Korkor Addo, recounts how she once had to fight off a lecturer’s relentless demands for sex.

Refusing to reveal the lecturer’s identity, she said the lecturer further threatened to fail her for her decision not to succumb to the sexual harassment.

She said what saved her was her belief that she will do well in the exams set by the unnamed lecturer.

She believes ladies who have succumbed to a lecturer’s sexual harassment are either not sure of themselves or lack the confidence to reject the offer.

“I remember when I went to UCC, my first year. I met a gentleman who was telling me he was a lecturer. I didn’t have problems with my grades but when he tried and didn’t get the opportunity, he actually told me one time that ‘when you come back to school next semester and you realize your grade has been tampered with, that is when you will see my worth’,” she told online portal, Ghanaweb.

“It’s something that goes on. And there are people who do not have anybody to speak to. There are people who get traumatized. There are women who love sex and all but when you’re a woman and a man you’re not attracted to, you do not love, you don’t want touching you, actually touches you and forcibly has sex with you, it makes you feel powerless. It’s traumatizing. You’ll live with that for the rest of your life. If you’re not fortunate to get therapy somewhere along the line, you become a different person.

“There are people who may be contemplating suicide because they feel trapped… When I go back to my first year in UCC and picture the situation, if I wasn’t somebody who was already good in class, and if I didn’t have university experience already, I would have felt helpless. I’ll just succumb to the man’s wishes and I’ll be suffering,” she added.

Her revelation comes on the back of a documentary by BBC on sex for grades.

Abena Korkor has urged university authorities to probe the claims of sexual harassment at higher institutions of learning.

“Girls have to be empowered so they can speak up. It also means the system is not transparent or free and fair. When I write my exam, somebody cannot just get up and alter my grade. In some cases, you have to go for a re-mark but this is the same person you have to go to. There should be systems that work that students can report; not that I will report and ten lecturers will gang up on me that ‘you’re spoiling our business’,” she said.

Abena Korkor grabbed headlines after sharing her nude photos and videos of her on social media accounts. Her actions were blamed on bipolar disorder.

External factors stripped off gains Akufo-Addo gov’t made in...
40 minutes ago