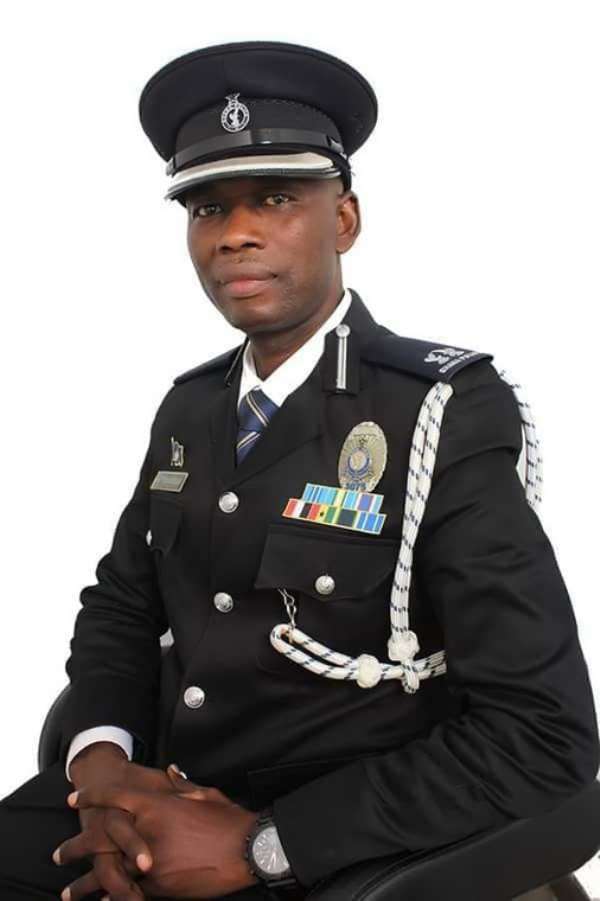 Superintendent Peter Lanchene Tuubo, a former Executive Secretary to the former Inspector General of Police, David Asante Apeatu has said President’s in Ghana should stop appointing Inspector-General of Police(IGP) who are above 60-years.

According to him, appointing IGPs who are on the verge of retirement will be inappropriate explaining that other police officers will not be happy saying they will be reluctant to support the IGP to execute his job effectively.

” I’m pleading with Presidents, not to appoint IGPs who are above 60-years, it doesn’t help in any way because other Police officers who are qualified for that post will be reluctant to help the Boss to succeed,” Peter Lanchene Tuubo told Kwame Tutu on Anopa Nkomo on Accra-based Kingdom FM 107.7

He gets two years extension having served in Acting capacity since July this year.

Background
Supt. Peter Lanchene Tuubo is fondly remembered for his infamous presentation on corruption within the police service and how the public perceives personnel of the service which went viral on various social media platforms.

Superintendent Peter Lanchene Tuubo has retired voluntarily from the Police Service in May this year to contest as a parliamentary candidate of the opposition National Democratic Congress (NDC) in the Wa West.

Supt. Tuubo who resigned from the police service to contest the race polled 755 as against 317 gathered by old guard Chireh to represent the NDC in the 2020 parliamentary race for Wa West.