Greatness In The Sight Of God 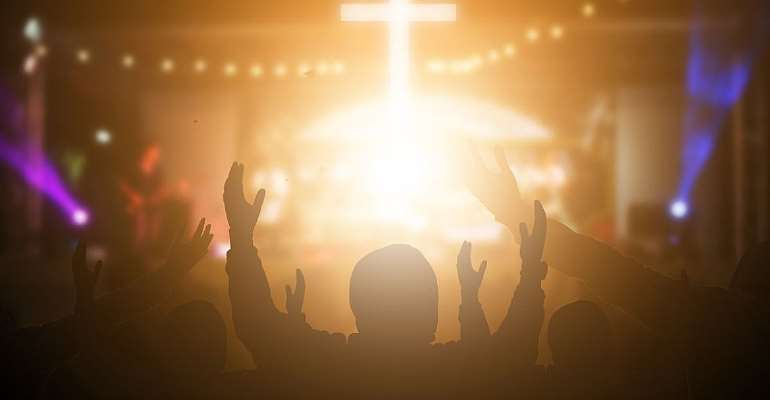 “… be not afraid of greatness: some are born great, some achieve greatness, and some have greatness thrust upon 'em.” William Shakespeare, in Twelfth Night, 1602.

Many people admire greatness. Some historical figures even have “great” in their names or were called “great” by others. For example, Alexander the Great, king of the ancient Greek kingdom of Macedon (336–323 BC), and well-known for his military conquests, controlled a very large empire that stretched from Greece to India. King Herod, also called Herod the Great, was the ruthless Roman king of Judea (37 BC– c. 4 BC) who ordered the killing of all boys, up to 2 years old, in Bethlehem and its vicinity, when the three wise men did not return to him after they found and worshipped baby Jesus (see Matthew Chapter 2). Peter the Great was Tsar or Emperor of the Russia Empire (1682–1725) who expanded the empire through his successes in wars.

Although those “greats” may have done some good things for their people, their claim to fame or greatness was based primarily on successes on the battlefield, conquests, oppression, or bloodshed. If we look into the history of our own country, society or community, we may identify some great people who lived or performed in the most honorable ways, as well as those who fit the mode of people mentioned above. Today, as in ancient times, each country, society, or community determines those considered great based on the views of the opinion leaders.

However, in the Kingdom of God, greatness is determined by different criteria. For those who want to be great in the sight of God, Jesus Christ has shown the way, and it is decidedly different from our worldly standards of greatness.

It happened that two of Jesus’ disciples – James and John – sought greatness. They wanted Jesus to grant them the opportunity for one of them to sit on his right and the other on his left when he came to his glory in heaven. The other ten disciples were unhappy with the two for making that request. Upon hearing these, Jesus told his disciples, “You know that those who are regarded as rulers of the Gentiles lord it over them, and their high officials exercise authority over them. Not so with you. Instead, whoever wants to become great among you must be your servant, and whoever wants to be first must be slave of all. For even the Son of Man did not come to be served, but to serve, and to give his life as a ransom for many.” (Mark 10: 42-45 NIV).

On another occasion, the disciples were arguing among themselves as to which one of them was the greatest. Jesus pulled a little child close to him and said to them, “Whoever welcomes this little child in my name welcomes me; and whoever welcomes me welcomes the one who sent me. For he who is least among you all – he is the greatest.” (Luke 9: 46-48 NIV). Are we treating children with love or maltreating them? In our quest for greatness, do we trample on the rights and liberties of little children, the weak, the poor or the powerless?

The disciples had witnessed many miracles performed by Jesus, including casting out evil spirits and demons, healing a cripple and Simon’s mother-in-law, calming the storm, raising a girl from death, and feeding five thousand men. Prior to the disciples’ argument, they had just seen him heal a boy with an evil spirit, “And they were all amazed at the greatness of God.” (Luke 9:43). As a result, they were probably expecting Jesus to point to one of the miracles as the greatest feat which would make the performer the greatest. He did not. Therefore, those who overrate their importance because they can perform miracles may take note of Jesus’ criteria for greatness.

From Christ’s statements above, the difference is clear: in the secular world, greatness is measured by authority and lordship over others, but in the Kingdom of God, it is measured by humility, love, sacrifice, and service to God and people. Jesus used himself as an example to the point of sacrificing his own life for all of us.

The Bible reveals another example of a great person. His name was John the Baptist. Greatness was bestowed on him at birth. Before his birth, an angel appeared to his father Zechariah and said about him, “… for he will be great in the sight of the Lord. He is never to take wine or other fermented drink, and he will be filled with the Holy Spirit even from birth.” (Luke 1:15 NIV).

Among other things, John was the messenger who prepared the way for Jesus, baptized Jesus, preached about baptism of repentance for the forgiveness of sins, and refused to accept the honor that rightfully belonged to Christ. Rather than develop or maintain corrupt relationships with the rich and powerful, sing their praises, and cloak them with the garb of divine approval, John actually rebuked King Herod the tetrarch for taking his brother’s wife and doing other evil things. One of the best testimonies about John the Baptist concerned an unlikely source, King Herod, who imprisoned and eventually beheaded him: “ … Herod feared John and protected him, knowing him to be a righteous and holy man.” (Mark 6:20 NIV).

John the Baptist lived a very simple life in the desert eating locusts and wild honey and wearing clothing made of camel’s hair. The Bible does not mention any house or property he owned, or any high-level position of civil or clerical authority he held. He was simply a voice in the wilderness crying out to people to repent and be baptized. Yet, John’s narrowly-focused message, delivered in humble obedience to God who sent him, made him the great person he was born to be. John must have died poor by worldly standards, but rich and great in heaven.

That brings to mind the beggar in the Parable of the Rich Man and Lazarus in Luke 16:19-31. On earth, the rich man was rich and powerful, the type we usually associate with greatness, whereas Lazarus was poor and wretched. Perhaps, the rich man was used to commanding people like Lazarus. That may explain why in hell he requested Abraham, a great man in heaven that he could not order around, to send Lazarus to bring him a drop of water, or send him to his father’s house to warn his brothers about hell. Abraham refused because it was not possible to cross over.

However, looking at it differently from the perspective of greatness, in heaven, maybe, just maybe, Lazarus is a great man who cannot be simply ordered around like a small errand boy, even by our great Father Abraham, to fetch water to quench the thirst of a former wicked rich man. We also learn a lesson from the other rich man in the Parable of the Rich Fool who was glorifying himself with a bountiful harvest and worldly riches, but God said he was a fool and that his life would be taken from him that night (Luke 12:13-21). From these, we can confirm that worldly riches or wealth or high status alone cannot make a person great in the sight of God.

What Jesus expects of his followers is not easy – it goes against our natural instincts. Who wants to be like a little child, or welcome and associate with little children and the poor in a class-conscious society where people like to sit at high tables and mingle with the rich and powerful? Who wants to be a servant, a slave, or the least in an ambitious society where most people want to be the head and not the tail? And who appreciates the blessings awaiting those who are poor in spirit, who mourn, who are meek, or who hunger and thirst for righteousness in a materialistic society where even some churches shame members with overdose of prosperity messages? I will tell you who: it is the person who wants to be great in the sight of the Almighty God.

Trade Minister’s promise to open Komenda Sugar factory ‘a me...
17 minutes ago