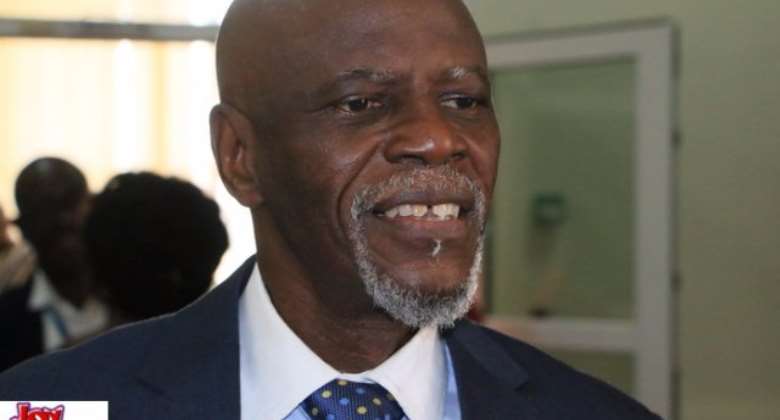 He was speaking at a forum organised by the Media Foundation for West Africa (MFWA) and the Right to Information Coalition in Accra Tuesday.

He said, “Membership of that commission is key, especially because the first members of the commission will be those who would ensure whether the institution has a proper foundation or not.

"If we have people appointed by the President who are there simply to do the bidding of the President or the party in office, or even worse still people who are there to promote their private or sectarian or their party interest, then we have a huge problem.”

He appealed directly to the President, saying, “Appointment of the first members of the commission should not be based on ‘Job for the boys or girls’. It should be based on a commitment to the long-term interest of this country in building a democratic society.”

The renowned lawyer chastised civil society for taking their eyes off the ball as far as the appointment to this commission is concerned.

He cautioned against the centralisation of the RTI Secretariat in Accra, but then stressed the need for the right framework to be followed to ensure that there is a replication of the office in all regions and districts of the country.

He said that it would not make sense for the RTI bill to be passed only for someone who needs information in the northern sector to have to travel all the way to Accra for whatever information they may need.

Simply, he said that the RTI bill should not only be felt in Accra.

He accused unknown faces with “vested interests” of striving to scupper the successful implementation of the RTI law through “bureaucratic inertia.”

He said that the whole basis of a democratic nation is how well informed the people are of how public institutions are managing the public’s resources.

He noted that the major challenges which, if not dealt with, will lead to the RTI bill becoming a white elephant include the need to build a strong RTI architecture, which, he said, will ensure that the passage of the RTI bill will be felt nationwide.

He also advised advocates to ensure that people in the current system see how having a reliable information retrieval system will inure to their benefit. Without this, he said the current languor will be hard to eject as duty bearers fear the transparency which the passage of the RTI law affords.

He again advised the RTI advocates to continue pressing for an effective implementation of the RTI law as governments over the years have shown an aversion to the passage of the RTI bill.

He urged them to “pay attention to how the RTI law is implemented at MMDA level”.

According to Akoto Ampaw, “There can be no doubt that the most effective way that the ordinary Ghanaian can feel and realise the dividend of the RTI law is at the district level so we need to pay attention to how the district assembly structure is configured to ensure that people who live in the district have ready access to the information created and stored in accordance with the law.”

He also advised the RTI Coalition to not rest on its laurels but to strive to bring the knowledge of the RTI bill’s implementation to the doorstep of the common man in rural Ghana.

He commended the Ministry of Information for its commitment to the passage of the RTI law.

In a statement read on his behalf, the Minister of Information assured the gathering that “the implementation of the RTI law is on track.”

He acknowledged the delay in the implementation of the law due to funding.

He, however, said some steps have already been taken to implement the roadmap, which does not need too much financial input.

He assured that by the end of the month, they will begin the assessment and data mapping exercises to help the ministry classify the types of information which will be made available to the public.