We Need Activism, Not Coup D'etat 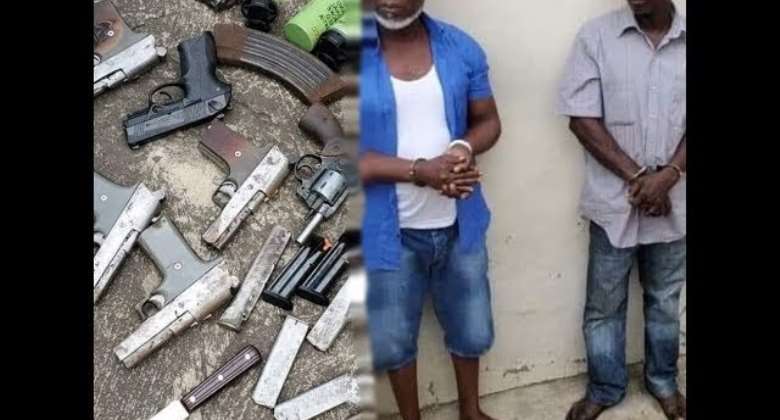 I read from the news about some busted soldiers who were planning to take over government, and cause chaos and mass killing.

If found guilty of such charges I wish they are burnt into ashes in open place to show the world how Ghana treat terrorists if found guilty.

What we need in Ghana now isn't Coup d'état, but activism. We should all contribute in holding our leaders accountable non- violently.

In this piece, I will talk in the context of Africa and not Ghana because we share common problems, although, in varied degrees.

It is common knowledge that Africa leaders have failed Africans. I feel very sad when it is still in the books of lower primary that Africa is still a developing continent, the same book which Osagyefo Dr. Kwame Nkrumah read about a hundred years ago.

The question is; Is it the fault of the Africa people or its leaders? Africa's leaders have failed us and is high time we told them that enough is enough. However, people should not use guns but engage in a civil discourse to register their grievances.

Good people must be bold enough to say enough is enough.

African leaders have put Africa into hostage, alive but in prison, and the little cake left is being shared by themselves, their wives & children, girlfriend’s and loved ones.

Is high time we made them pay for their evil acts by challenging them through any proper means possible, but not with guns.

They have made laws which make them richer and the poor poorer, they believe that; continuously oppressing the people, and making them suffer and poorer will give them the opportunity to rule the people forever.

If not for greediness how can there be a law that pays ex gratia to ex formal leaders? It is so much huge that it can take care of about two- hundred children through-out their life careers, when formal leaders of Britain and America are giving just a title as a State- men.

When conscience and law do not coincide, individuals have the obligation to promote justice by disobeying laws of men by challenging them non-violently.

In some cases, I may agree that If we had given 500 back lashes to leaders who could only export a billion of dollars in airplanes, but couldn't export a single local produce, African would have known peace and such kidding will not be happening. However, the world censures and frowns those who take up arms to defend their causes and calls on them to use non-violent means in voicing their grievances. It is sometimes sad when a person chooses the non-violent path, it is all too often the case that hardly pays attention. It is tragic that people have to suffer and die and the television cameras have to deliver the pictures to people home every day before African at large admits there is a problem.

Although I may agree it's high time we forced leaders to send their children to 'dabidabiebeyeyie' SHS so their parents can also feel the pains the other students go through, instead of using the stolen state monies to fly them to white man land to read Medicine and Law, whiles the rest stagger into dung Hill.

Billions of money is spent on nothing, fictitious projects awarding through sole -sourcing. On other parts of the continent a leader spent about hundreds of thousands and millions on his ten wives on Luxurious cars, billions of dollars are misappropriated without any proper accounting, except their public lies, and tears.

With this we could have fed poor people, half of the children of Africa goes to bed hungry, millions more have retarding and stunting protein deficiencies. As there is more to throw away in the homes of Politicians, poor people depend on one square meal a week.

Instead of building peace by attacking injustices like starvation, illiteracy, economic servitude, Africa leaders spend a trillion of dollars of borrowed money on nothing.

If we don’t confront them but accept abuses, we accept the responsibility ourselves. We should therefore protest openly everything that smacks discrimination and a purposeful life. Instead of thinking of using guns, we should think of using peace through demanding accountability from them. Changing governments has not helped much because political parties have proved to be same people, but in different clothing.

Is high time we went to the leaders offices, drag them to court on alleged corruption. Let us make them know that we are angry and can’t be fooled always.

People force themselves on people as leaders, after we have given them our mandates, the people who are supposed so solve our problems rather become our greatest problem.

Formal Leaders who might have caused good people of Africa downfall must be prosecuted, sentenced and if possible be hanged.

Tell a man whose house is on fire to give a calm alarm; tell him to calmly rescue his wife from the mouth of a dog; tell the mother to calmly rescue her baby from the fire into which it has fallen; but urge me not to use calmness in a cause like this.

I am earnest, I am an African, I love my continent and have great hopes for it. It is this reason that I speak candidly and sometime critically about it.

I feel sad when people have to go red before their grievances are addressed. It saddened me when I once witnessed a peaceful demonstration by a group of primary pupils. Their demand from the government was for school desks, so that, they can sit under a torn roof and partly broken building to learn, something they rightfully deserve and not something to beg for.

They just want the government to inspire hope, they can do the rest. One pupil placard read ” We are not here , not here because we are law breakers; we are here in our efforts to become law -makers.”

This is the very reason I become mad when somebody spends just 30 minutes on a football field in a World Cup and is given three — million dollars, meanwhile most school children still have their classes under trees. Do we put our priorities right as a nation or continent? Are we really serious?

I may not accept anything that say that Africa is under resourced or the saying of Osagyefo that; African is capable of managing its own affairs.

It is our leaders who have failed us.

We must not show little mercy to leaders, and their helpers who continuously treat us as slaves, beg for what we rightly deserve. Not with guns, but through the courts.

We can’t afford to be silent whiles they make Lords of themselves, and we become just spectators watching our destinies being raped in front of us by politicians.

I like to believe that people in the long run are going to do more to promote peace than their governments. I have to think that people want peace as much that, one of these days , government had better get out of their way, and let the people have it!

In our efforts to save the continent, we should never think of guns. It is important also let those greedy people who may be inspired by political selfishness to overthrow government, to know that good people of Ghana will use their last drop of blood to stop them and save the continent.