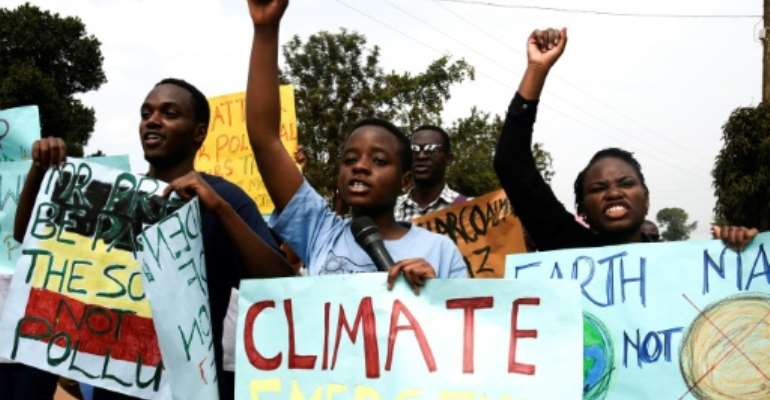 They arrived by bus, on motorbike taxis and on foot, to begin their march in the town of Wakiso on the edge of the capital Kampala with placards denouncing the government's failure to tackle climate change issues.

"How many people have to die for you to act?" 12-year-old activist Cissy Mukasa asked on her poster. "This time government must act."

Uganda, a verdant nation with stunning natural features such as the dramatic Rwenzori mountains, wild animals such as mountain gorillas and Africa's largest lake, is facing significant climate shifts attributed to global warming. 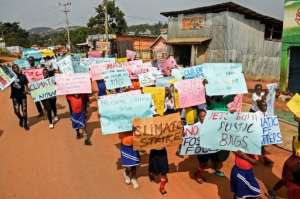 Uganda's youth were joining children around the world following the rallying cry of Swedish teen activist Greta Thunberg to skip school and protest for action on climate issues. By ISAAC KASAMANI (AFP)

Uganda's youth were joining children around the world following the rallying cry of Swedish teen activist Greta Thunberg to skip school and protest for action on climate issues.

"Parliament, political and religious leaders, why are you silent?" read a placard carried by Zedekia Wafula, 12.

Diplomatic missions handed out food and water to the protesters, while bands provided music.

The protest was also attended by Uganda's most high-profile young activist Leah Namugerwa, 15, who created waves when she began her own solitary school strikes in February, before others joined her.

In neighbouring Kenya, hundreds of children and adults also took to the streets to take part in what are set to be the largest global climate protests in history.