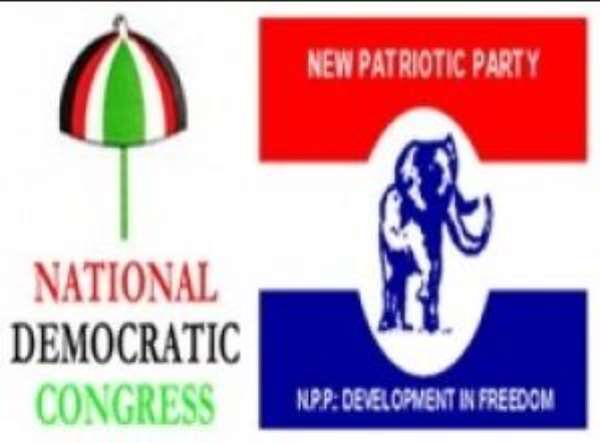 From pre-colonial to our present post-independence era, people organized on identified interests. In our communal villages during pre-colonial period, communities organized for substance and security. They looked after each other and their brother/sister was also their keeper. Of-course there were variations on how people were organised and that depended on the state of historical development they were at. In most parts of Upper East Region, societies were organised on communal basis. In other parts of Ghana, there were organised along semi-feudal modes of production.

Then came colonial era. Present Ghana was organised on the needs of the colonial state for the plunder and loot of the wealth of the colonized state as much as possible. This was at the expense of the colonized people. During our struggle for independence, our political party system mirrored that of the United Kingdom, our colonial master. A pro-peoples’ oriented Convention Peoples’ Party (CPP) under the leadership of Osagyefo Dr. Kwame Nkrumah ensured that the mass of our people was mobilized and took power from the colonizers. The efforts of the CPP to transform this country for the many and not the privileged few was aborted with the 24th February 1966 coup. Since then, all forms of party or non-party systems were organised along class and privileged interests who collaborate with foreign interest to dominate and exploit the human and natural resources of the country.

Today we have a one-party system. The so-called two parties, the New Patriotic Party (NPP) and National Democratic Congress (NDC), is nothing less than an aberrant one-party system that represents the interest of the different “educated* elites. The struggles of the NPP and NDC for the control of the nation state is not to bring about development or economic justice for the society at large, but to serve the interest of foreign companies and themselves. These two parties often pose themselves as representing different strata of the society. To delude the people the more, they engage in open warfare and use their dominance of the mass new media to present themselves as saviours’ of the people. There is nothing in their political programmes on the question of our dependency on foreign control of our major resources. This explains why they will not adopt programmes and policies that will ensure that we grow the economy to the benefit of the many underprivileged people. A case in point is the recent school uniform saga. One would have expected that this was an opportunity for one of the textile companies to be given the contract to provide uniforms for the schools.

It explains the appalling system which is based on patronage, money, tribalism and whatnots. The NPP/NDC cannot and will never undertake programme of revival and regeneration. To do so is to expect so much from the doggonit NPP/NDC.

The party system is rotten because it is based on groups of educated and well-connected people in the society who use looted and plundered money to capture state power for their benefit. The party system does not serve the interest of our people, but rather those who fund these parties. To get elected from the unit level to the presidential requires huge volumes of money. They mint money like nobody business to ensure control of the state for their vested interests. It is few people who control such resources.

To operate this anachronistic money system and expect no corruption is to live in a fool paradise. That explains why even at senior secondary school level, they operate a protocol system that secures for their children the best schools in order to guarantee better prosperous futures for their sons and daughters. It is why when the NPP and NDC come to power their priority is to serve the interest of their financiers. Unfortunately for the mass of Ghanaians there are various dubious ways in which they use to hoodwink the people to vote for them. The people most of the times even believes that these bankrupt parties represent their interests. Powerful forces control the news media and most sectors of the state institutions. They have the resources and money to buy votes. There is massive poverty and it is possible to buy some people for pittance. And when this fails, they resort to tribalism and petty differences between the people to divide them. In their strives, the North, East, West and South are pitted against each other.

There is a gigantic task ahead for progressive forces who seek to change the status quo. It will require a lot of determination and organization. That is why progressives’ forces cannot remain divided. The Social Justice Movement (SJM) is keen to work with other progressive organisations to provide an alternative to this rotten political system.

The agenda should be for a socialist system of production that ensures that the major means of production, our natural resources are controlled by the state and under the democratic management of working people. This will guarantee a better future for our society. It is when the basic needs of the people are met that will bring about a harmonious society devoid of the injustice and economic deprivations that we experience every day.