My Encounter With A Schooled Footsolder 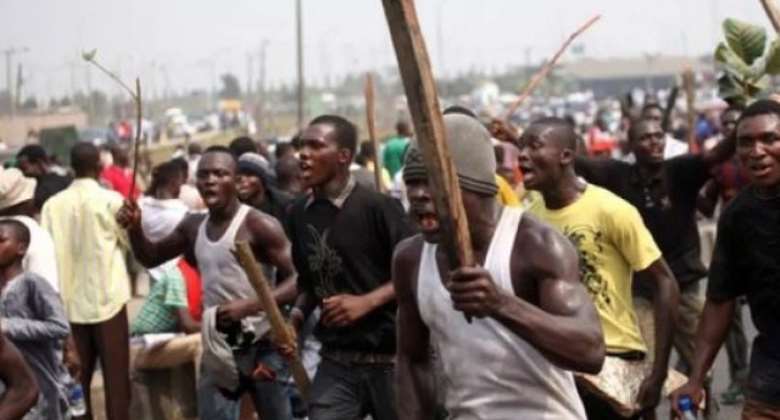 In July 2019, Parliament passed the Vigilantism and Related Offenses Bill 2019 into law.

This law is supposed to regulate and to nip in the bud the culture of using armed tugs to unleash violence on opponents during elections and during heated political activities.

Recent happenings around a by-election have given the sane here a course to worry about vigilante activities in our electoral processes.

We also have the painful memory of an acid attack on a party chairman in a heated intra party activities in the past.

Party vigilantism is more a threat to our peace than any other thing in this country.

And I am glad that the current president seem to have made some effort to help us confront this menace; and perhaps to avoid such in the nearest national election.

I had a rare encounter of the mind of a party vigilante on a social media platform .

As always expected, I had stepped on some toes with some views i expressed on a matter on social media.

Then , suddenly arose a guy who started throwing jabs at me at least opportunity.

I tried reaching him privately to settle the matter with him ; but he would not give me a hearing.

His attack on me got incessant until he finally confessed at a point that he was attacking me on behalf of another.

He even confessed that he had turned down my request to settle this matter with him privately on purpose.

I felt really sorry for him from thence; i thought he was just a poor ignorant victim.

And this is a typical mindset of a party footsolder who is unleashed on an opponent to achieve a desire of some interest in society.

No one can reason with a party footsolder, except the one who pays them some pittance to cause havoc on another.

Sometimes, those who put them to ruin others lose control over them

They are the poor , hopeless, idle young men here who have no hope of making it here except through party affiliation.

They would do anything to feel associated with those with power and influence.

And I dont think laws would necessarily stop this party vigilantism when we still have mass idle youth on the street with no hope of enjoying any part of the enviable things of life.

Some have finished university and still can't see their way through life.

I hope by this article, society would take a more broader view of this matter; so we can tackle this party vigilantism at source.

I dont think laws would necessarily stop any young hungry man from taking GHC50 from a party big man to ruin an opponent.

Hope politicians and other stakeholders of our fragile democracy would act proactively to deal with this serious human threat to society before we get up to count our losses.