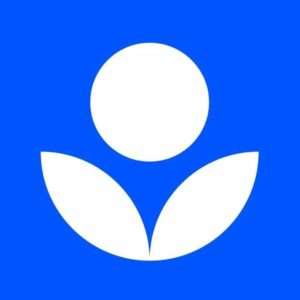 Ghana's Akua Amankwah, has been adjudged the overall winner of Worldreader 'inspire Us' writing competition in West Africa, grabbing the $2000.00 prize.

The Ghanaian author was awarded for her immense contribution to literary discourse aimed at empowering and elevating the status of women and girls in the sub-region.

Akua Amankwah on behalf of the winners thanked the organisers for recognising and rewarding literary works in West Africa. According to the author, her prowess in writing started at an early age in life through reading which helped her to write at age 8.

She also asked girls to be curious for knowledge and should not allow social construct to become an impediment in their quest for success.

The Regional Director, Worldreader, West Africa, Mrs Ethel Sakitey on her part said the 'inspire Us' project stems from the motivation to encourage conversations about gender across the region, particularly using literature to also address the issue of gender inequality captured in the sustainable development goal 5.

She said the Worldreader 'Inspire Us' project which began in 2018 created a digital collection of 30 stories featuring Ghanaian and West African women, role models that focuses on engaging young women between the ages of 15 and 24.

She described the platform as also a platform to encourage conversations around gender norms and gender stereotypes with the goal of reaching 30,000 readers across Ghana and West Africa.

She added" 'The Inspire Us' collection explores women's challenges, provides empowered female characters as role models,and inspires conversations about gender norms and how to change them.

"We are grateful to Helen curley Brown's Pussycat Foundation for supporting the project, he said. "Through this partnership, we are able to support West African authors and bring empowering digital stories about women to readers."

The former second lady of the republic of Ghana and the board chair of Worldreader also said the award ceremony was an important milestone in the evolution of the project saying'World reader is pleased to to have engaged with so many talented West African authors whose work comprises the 30 stories in the digital collection. These stories will encourage conversations about gender across the region, benefitting thousands of young women'.

The project coordinator and publisher Relations, Kesia Agbeyega in an interview said as part of the objective of the project was to engage people in the literary world, literary organisations, book clubs which will lead to discussions and broader conversations around issues facing women in West Africa.

She noted 'schools are quite controlled except tertiary Institutions and since these stories are on mobile apps we rather opened it up to people beyond these borders, people in the literary world among others.

Worldreader is a global nonprofit organization whose mission is to help the world read through increased accessibility to digital books.The organisation provides students and their families with a free digital library available on tablets, e-readers, and mobile phones complemented by a suite of reading support programmes. Since 2010, more than 13 million people across 50 countries have read from the Worldreader digital library of thousands of local and International digital books.

The ceremony brought together dozens of dignitaries, authors across the sub-region.