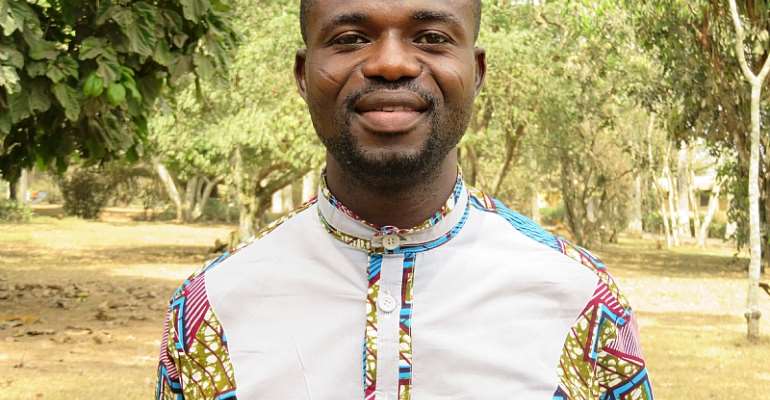 You see your wickedness and malice has taken you to the state of paranoia of your own image?

I read your episode this morning urging Ghanaian lawyers to ask the president some questions at their program today, key among which was your composed corruption allegations catalogued against Zoomlion and its subsidiaries but you utterly forgot that what you termed evidence is what you got from the Auditor General and that is what the Attorney General said are not sufficient to prosecute Zoomlion or you want to set your own court and prosecute the company just as you have done in the media space over the years?

As Ghanaians are all reflecting on the last week sermon of Bishop Duncan Williams of the Action Chapel admonishing Ghanaian leaders against the attitude of destroying Ghanaian businesses and urging them to allow such businesses to rather grow to become multinationals for the good of the Ghanaian economy, your own is to urge them to collapse such right? Or is it because this time round it is not your own father, Pastor Dr. Mensah Otabil of the International Central Gospel Church (IGCC) whose sermon caught the airwaves talking?

Paul Adom Otchere was indeed right to rebuke you so-called investigative journalists over your appalling performance in ignoring the Auditor General’s report against the Ministry of Finance illegally paying one million dollars to a foreign company of Britain, Kroll Associates apparently for no work done and as if you are not ashamed you are still here reminding us of your lies and fabrications packaged into that your “robbing the assemblies” documentary? Or you have a phobia towards investigating foreign companies? eeii, you investigative journalists of today’s world. Anyway I thought you would reference your “Militia in the heart of the nation” rather, hahahaha you see your size?

Today I want to ask you to tell Ghanaians in your many years of practice as a journalist what is the story you wrote positively about indigenous companies like Zoomlion in this country apart from touting your pastor and his church activities? Or the honest truth is that Zoomlion has never done anything worthy of commendation as far as you can see?

Well since you pretend to be a Christian, let me introduce you to this verse, in 1 John 3:15, it is written “Everyone who hates his brother is a murderer, and you know that no murderer has eternal life abiding in him” So your hatred for Jospong is nauseating and murderous and the earlier you stop the better for you. Jospong is just a fellow human being like you.

Well, if I were you I will use my time and energy today to urge the lawyers to inform the President H.E. Nana Addo Dankwa Akufo-Addo that the Zoomlion which in your stupid imagination is corrupt single handedly built the modern innovative technology called the Integrated Recycling and Compost Plant (IRECOP), commissioned under the New Patriotic Party’s leadership, the plant which recovers 80 % of waste lodged into it, creates 1,000 job openings in the waste management value chain and supports government’s 1D1F program. IRECOP which is located at the Accra Waste Recovery Park, produces 400 tons of municipal solid waste per 18 hours into compost fertilizer totalling 216,000 bags annually which potentially displaces if not reduces some 864,000 bags of chemical fertilizers imported per anum into Ghana. Tell them to tell the President to sign the off-taker agreement for Zoomlion to replicate the plant that will create 16,000 other jobs for the youth in the regions.

If I were you I will tell my friends the lawyers to urged the President to let his government signed the off-taker agreement because of how important this project is to Ghanaians. 16 plants are procured am told by Zoomlion for the purposes of the regions. Kumasi is 99% complete and Takoradi is taking shape, tell the lawyers to tell the President this is the best way to go if he wants to achieve his cleanest city agenda.

Your lawyer friends should also let him know that it is this same Jospong you want everybody to know he is corrupt that has built a university in collaboration with KNUST and is training Ghanaians and experts in the sub-region in the area of waste management and sanitation.

Am sure your lawyer friends are wide-read and have an idea that landfills have long outlived their value compared to the IRECOP which is able to reduce the waste drastically by using all the organic waste for compost for the agrarian population, recycling the plastics into waste bins, plates, bowls, chairs and tables and using the metals and glasses with textiles for other purposes?

Let me also put into your block head that Jospong is the one who is currently constructing the Kumasi Waste Water Treatment Plant after solving the Lavender Hill/Mudor problems of a decade long which, also use the opportunity to tell your lawyer friends what the title of your article about that project is. At least you no longer inhale the stench when passing by or you do Manasseh?

In as much as you work hard to bring him down, Mr. Agyepong himself has a favourite quote he believes which was propounded by one of his good friends Mr. Henry Oroh MD of Zenith Bank PLC that “When you aspire to perspire, the universe will conspire in your favour”, So you can even hit harder but be informed that the world has conspired in favour of Jospong because of his good deeds to humanity and society and the fear of God.

You see all the waste trucks running up and down on daily basis in the MMDAs? They were all procured and distributed for the purposes of waste management by same Jospong. He doesn’t use his money for holidays abroad nor in buying private jets and luxurious vehicles, rather he plies it back into the business to be able to create more jobs for the Ghanaian youth.

It is only wicked people like you who will see good and call it bad and call for its destruction to satisfy the selfish egos of your pay masters (the foreigners).

Explain to your learned friends the motive behind your hatred for Jospong and Zoomlion because it is no longer a secret that because Mr. Joseph Siaw Agyepong refused to pay bribe to you in the form of a house at Trasaco and a vehicle of your choice that made you so bitter and you forever want him down as revealed by Coleman the other day on radio. Remember your meeting with him with Paul Adom Otchere and Robert Coleman? I like the man because he has no business paying bribes to selfish human beings like you when he is doing a just business? And hey stop arrogating to yourself powers you have no idea. You didn’t make him so you can’t do anything.

This man has told you and your elks if you have anything against him and you feel is genuine, go to court and you have always stayed at your comfort because of lack of information available and yet every day you run to the media to rant your ignorance.

Use the journalistic opportunity you have to help develop your country and its people and stop the self-destruction agenda. You would have written a better message to the president through your lawyer friends today than what you just did.

In all, I will leave you with this popular quote maybe you judge Jospong in the manner that will satisfy your jealousy without recourse to any acts of criminality on his side.

The popular French Sociologist Jean Baurdrillard in a quote said and I believe that cap fits you perfectly: “A negative judgement gives you more satisfaction than praise, provided it smacks of jealousy”