A message to all Freshers in the university 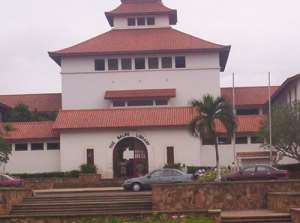 I would first like to issue a sincere apology to anyone who may read this article and think, “Damn it’, so this guy will not let people be?, well, I’m sorry for nothing!

Well, I think after some few years in the university, I have learnt few things about students that I feel I must share with the world. Some of what I learnt were through personal experiences and observations while others were ‘word on the street’.

Although I have faced more challenges in life and met more people who wow me with their characters but in the university, people really make the university a fun place to be sometimes. People’s behaviour, character and reaction to certain things make all the difference at the university.

People do whatever they want. You are free to do what you want but there are consequences, and of course some of the actions may land you in trouble. People dress how they want to lectures , eat whatever they want and do whatever they want. Some people become overwhelmed by freedom and it gets into their head. Quite a number of girls lose their virginity in first year all because they were free. Freedom can be a dangerous thing. This is not a cliché, or some hypothesis. It’s a fact. Whatever decision you take goes a long way to affect you. I made some bad decisions I will regret for a long time to come, and I made some good ones too. Some of them were too good I will forever be happy I made them.

People have no shame. It will surprise you the things people will do for fame or just for fun. Sometimes I wonder if they thought about the future. I am sure the things people did at the university would scar their descendants for a whole generation. At the university, few people are not aware that kitchen sinks are not for brushing of teeth or washing of “panties” or boxers , they are for dishes. It’s simple, it is not rocket science, right? But not for some people at the university.

Not every Christian is a Christian. Ladies, the fact that his “tongues per minute” is faster than Ferrari or he sees into the future or when he grabs the mic to lead worship, angels descend doesn’t mean he is Jesus Christ. A man is a man no matter how he looks or what he does. It will surprise you what some of these guys are capable of and the hearts and hymens they have broken. I can tell you boldly that some things some of these guys can do, even sometimes satan takes a seat and takes a tutorial from them. And guys, I’m pleading with you, not all church girls are angels.

Not everybody will like you. For those who can’t stand the thought of people disliking you, well, you’re a whole new deal. Some people will dislike you for no reason. You haven’t done anything to them or caused them any trouble but they hate you, no reason. You have to deal with it because after all, “haters go hate “. That’s just the way it is.

People really study in examination week. It is no joke unless you’re a genius by nature. It is in this period that you will see people who can never be described with the word “serious “, jumping from book to book like a rat jumping from a hot coal to hot coal with the intention of landing on an ice block.

People talk. Well, if you’ve grown up around a lot of honest people, you very much likely to be very gullible to the tank of lies some people will pour on you. This is not a joke. From the girl who calls her sugar daddy her uncle to the guy who brags about the number of girls he has slept with to the guy who parents have everything in the world. Guys will do anything for the BOOTY!! please he will do anything just to get into your panties. Even if he will borrow huge sums of money from his friends to please you. He will tell you all the sweet things in the world. What I learnt? Till thine eyes behold the physical evidence, don’t believe squat!

Some of the guys know much more in football than their course for the semester. They know the history of every player as if they gave birth to the player. They don’t miss a football match, sincerely speaking a lot have watched more football matches than YouTube video on a topic in their course. They’ve discussed football and have argued more on it than they’ve done for class discussions, this makes me wonder if their calling in life is football. Anyway, all work and no play, makes jack a dull boy. Some ladies too care more about their phones than food. I nearly asked a lady of the cat she was holding, later to realise that it was her phone cover.

In all these, I observed and learnt among other things at the university that what matters most is not to lose yourself or your value at the end of your course. But importantly, I have learnt that even if you lost some of your values by decisions you made in some years past, you must work to preserve the little of what is left.