The Catholic Archdiocese of Accra gets a new Vicar General. 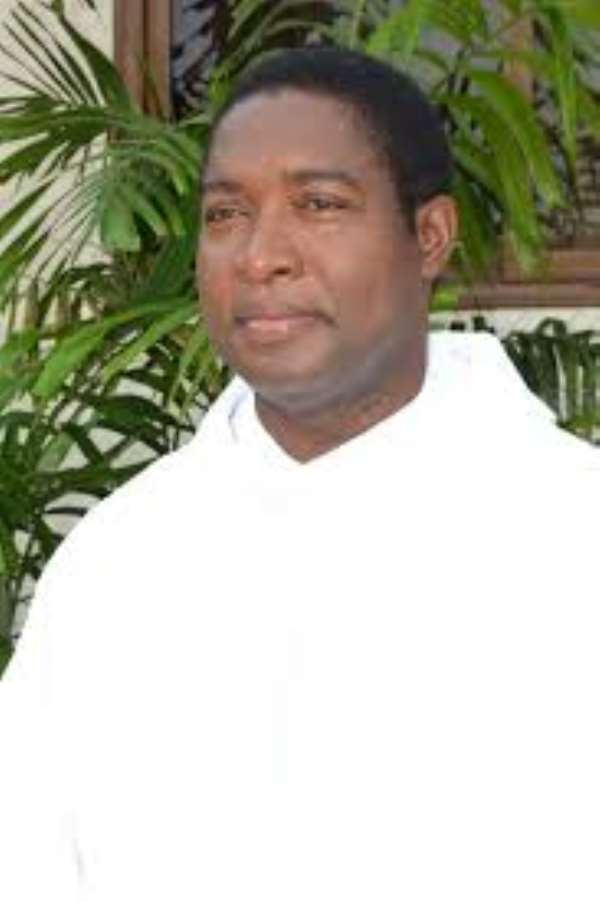 The archbishop of the catholic archdiocese of Accra; Most Rev. John Bonaventure Kwofie, C.S.Sp who replaced Most Rev. Charles Gabriel Palmer-Buckle who has been transferred to the Central Region as the new Metropolitan Archbishop of Cape Coast earlier this year, has made some new appointments and transfers in accord with his vision and direction for the faithful he leads in the metropolitan archdiocese in Accra.

Foremost, amongst the appointments, is the elevation of the former Holy Spirit Cathedral administrator and currently the acting President of the Catholic Institute of Business and Technology Rev. Fr. Dr. John Kobina Louis to the position of Vicar General (deputy or representative of the Bishop) to replace Very Rev. Fr. Dr. Francis Adoboli who would proceed on sabbatical.

In a letter cited by this website, detailed new curia (administrative) and Parish/Rectorate appointments as well as those for further studies and fidei donum (missions) assignments. Again, some outstations have been elevated to Rectorates and some Rectorates to Parishes. There is also a new curia appointment i.e. Director of Mission Office. The Office of Director of Priests’ Personnel has also been revived. The appointments and transfers take effect on the 1st of October, 2019.

Very Rev. Fr. Dr. John Kobina Louis was born on the 24th of November, 1964. He comes from a humble family. His parents, Mr. Vincent Louis & Mrs. Catherine Esi Dede Louis. He had his basic education at the Roman Catholic Basic School, Nima –Accra and St. Augustine’s College, Cape Coast from 1978 to 1985.

His ecclesiastical studies at the St. Peter’s Regional Seminary, Pedu in Cape Coast from September 1986 to June, 1992, then, was ordained a priest on 18th July,1992 by the late Most Rev Dominic Kodwo Andoh.

He also had his BA in Religious Studies and Sociology at the University of Ghana from 1988 to 1991. Between 2002 and 2004, Fr. Louis studied at the Pontifical Urbaniana University (Rome) and obtained a Licentiate in Sacred Theology together with a certificate in Financial Management and Budgeting at GIMPA, Accra from 1996 to 1996. Very Rev. Fr. John Kobina Louis obtained his PhD in Religions at the University of Ghana in 2014.

Very Rev. Fr. Dr. John Louis has worked and performed in many and numerous capacities in the Archdiocese of Accra during his pastoral years including but not limited to the following:

Parish Priest of the St. Joseph the Worker Parish, Tema.

Board of Directors, Accra Catholic Press.

He is currently the acting President of the Catholic Institute of Business and Technology. He doubles as a lecturer and the academic Dean of the same institute.

All the best wishes to the newly appointees.