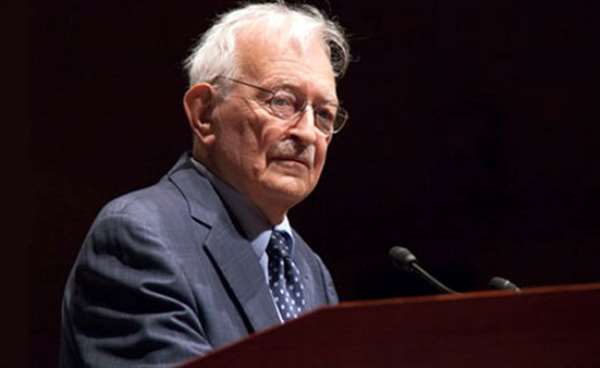 “The dead albatross that hangs around our neck is our legacy of arrogance, racism. And we must struggle to atone, to reconstruct, to create a different historical system.” So wrote the late sociologist and thinker Immanuel Wallerstein in unequivocal tones of repentance on Europe’s legacy, its “oldest disgrace.”

Wallerstein was one of those refreshing types in an increasingly restrictive academy, the big picture sort rich with colour, engaged in splashing out portraits of historical development. Dreary minutiae and specialism was not for him even if he could play the game when needed, and his quest in sociology and history was a bold commitment to seek “a more egalitarian world and a more libertarian one.”

Within his work, the theme of inequality marks the gap between the Third World and the West. Only a transformation of the world-system itself, one dealing with “its division of labour and allocation of rewards” would rectify it. We still await that particular idea of orderly distribution on earth to be realised.

The Wallerstein method is the vision: the world-system seen as an integrated, interdependent whole. “There are not, and cannot be multiple capitalisms because capitalism is a singular structure that is the defining feature of the modern world-system.” It simply would not do to use a case study system of specific economies in understanding socioeconomic development; nor would it suffice to discern a pattern of magic in the pure realms of statistics, applied comparatively. What was needed was a new “unit of analysis” that refused to stop at the defined borders of societies.

The theoretical device best suited, he argued, was seeing development in the context of the centre (Northern Europe, North America, Australasia) and peripheral areas, with the former the engine for pushing the global capitalist system. Four different categories emerge: the core, semi-periphery, periphery and external. Considering the world-system from this perspective enabled a view of multiple, global polities, rather than a single one, while also understanding the transnational division of labour, one distinctly unequal in nature: the core, marked by capital intensive production and specialist skills, the peripheral marked by low-skill, labour-intensive production and raw material extraction.

World-systems analysis, accordingly, was not so much a theory as “a protest against neglected issues and deceptive epistemologies”. Moving towards a world “substantively rational” could only be undertaken with eyes wide open to intellectual and political challenges. “We can only struggle uneasily with both challenges simultaneously, and push forward as best we can.”

In The Modern World-System: Capitalist Agriculture and the Origins of the European World Economy in the Sixteenth Century (1974), he charted the demise of feudalism before urgings of capitalist growth, defining capitalism as “production for sale in a market which the objective is to realise for profit”. The feudal economy had been exhausted; climate had exerted its pull on agriculture; epidemics had taken their toll. Growth became premised on Europe’s territorial expansion, the deployment of commercial enterprises backed by state machinery, and the flow of goods from the periphery to the centre.

Capitalism effectively de-territorialised meaningful state boundaries, and did not necessitate the creation of a political empire in a strict sense. As Wallerstein posited, “the techniques of modern capitalism and the technology of modern science, the two being somewhat linked as we know, enabled this world-economy to thrive, produce, and expand without the emergence of a unified political structure.”

Three other volumes on this theme followed, coming out in 1980, 1989 and 2011. More bracing scholarship could also be found in such essay collections as Geopolitics and Culture (1991), The Politics of World-Economy (1984) and The Capitalist World-Economy (1979).

Some of his broader concepts can be found in the reflections of the neat introduction to World-Systems Analysis. In the 1950s, he recalls, there was interest in Cold War categories: the totalitarian and the democratic; the bourgeoisie and the proletariat. For him, “the most important thing happening in the twentieth-century world was the struggle to overcome the control by the Western world of the rest of the world.”

His critics deployed the usual devices in attempting to qualify, if not dismiss his work. In using systems as his benchmark he risked being all too simplistic, however vast his reading suggested. The fall back position was often empirical: Was he correct in his use of evidence, his reading of historical events? Snootily, and typically within the usual disciplinary foxholes, he might have used historical sources, but was no historian. In the words of Stanley Aronowitz, Wallerstein “is asking questions about social structure rather than offering plausible explanations for the causes of particular events.”

And in his scheme lurked Karl Marx not so much as ghost as conductor, a point many were bound to take issue with. Marxist critics argued that too dominant a role was being attributed to trade rather than class interaction. Those like Robert Brenner argued that the unit of analysis was itself at fault, preferring the nation-state as the appropriate level. But unlike others of the Left, Wallerstein remained dedicated to the big-ticket issues: understanding economic inequality, identifying the predations of capitalism. Terms such as “epistemic violence” and the impenetrable jargon of the modern postcolonial oeuvre were distracting sideshows.

In his last days, he penned what he himself termed his “last commentary ever.” He had written 500, and that was enough. In it, he still held out hope of the possibility of “a transformatory use of a 1968 complex… by someone or some group.” He conceded that predictions on this score were speculative at best. Further “by-paths” of development might be followed, or not. “I have indicated in the past that I thought the crucial struggle was class struggle, using class in a very broadly defined sense.” There is “a 50-50 change that we’ll make it to transformatory change, but only 50-50.” By most measures, such odds look rather good.