Kwesi Pratt Jnr Must Rise Above His Falling Standards. 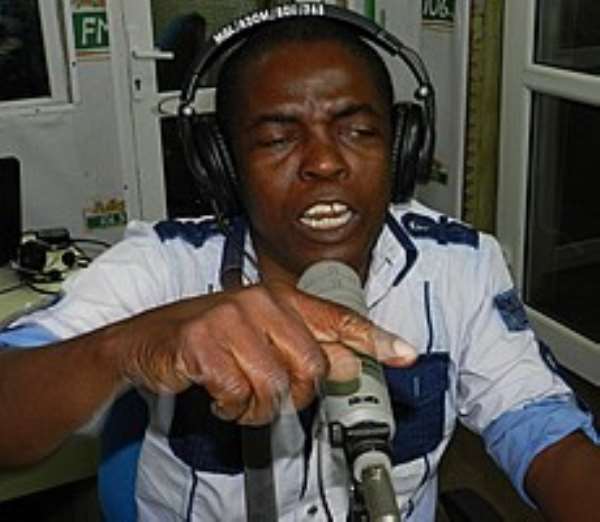 Kwesi Pratt Jnr, a man who has for the past years, owing to his experiences in the socio-political industry of Ghana, been acknowledged, appreciated and loved by many a youth, even the old, is beginning to fall below the standards of honesty, factuality and truth.

In recent years, Kwesi Pratt Jnr has lowered his very popular standard. He seem to have began a full time engagement in dissimulating analysis and conclusion of issues that could otherwise have received very honest responses from him. Mischief is becoming his bed mate.

Kwesi Pratt Jnr was one amongst the many men who argued strongly whilst blaming H.E Nana Addo Dankwa 'Abudani' Akufo-Addo for the alleged corruption scandals and fraud Ghana is witnessing. For instance, in the case involving the then CEO of the Ghana Maritime Authority, Kwesi Pratt Jnr could never understand why the President didn't outrightly dismiss Maritime boss but to reassign him as CEO of Ghana Revenue Authority.

If the argument was about the house and that the maritime boss was not 'fit' to dwell in such an abode, then, it was only wise for the President to reassign him so he could have no dwelling in that apartment which he so wanted to house himself and his family. Let me highlight that, I was and is still of the view that the amount used in the renovation could amount to misappropriation of state funds. Nobody supports it either.

Fast forward is the alleged PDS scandal which saw the suspension of the agency from undertaking any business as the contract earlier prescribed. Whither soever the aftermath of the suspension has been, there was a reasonable cause to take such an action. The President was apt in his actions despite all political and economic odds. Here again, Mr. Kwesi Pratt Jnr was of the strongest opposition to the decision to suspend and not to dismiss in outright terms the State's contract with the alleged fraudulent PDS, regardless of the investigation which needed to be done on the allegations.

Another instance is the suspension of the CEO of the Public Procurement Authority from office. This time however, the President did not only suspend but also referred the suspended boss to be investigated by CHRAJ and the Special Prosecutor's office, actions the erstwhile government could never have taken. Again, Mr. Kwesi Pratt Jnr argued that the President was only engaging in some usual clearing tactics. He emphasized that, Mr. A.B. Agyei should have been dismissed and prosecuted on the mere account of the "Contracts for Sale" documentary.

In the above however, Mr. Pratt forgot to identify that even when a thief is caught real handed in the process of stealing, the laws of Ghana still classifies such a person as an "alleged thief" until otherwise proven in a competent court of judicature. I am a child, still learning to crawl but this knowledge is not far from my 'childish self'. For a managing editor of a newspaper to forget what the laws of Ghana says about ''allegation'' and "proven court verdicts" and to reduce public discourse to mischief is saddening.

Few days after he has made these defenses of dismissal and not suspension or reassignment, same person, Mr. Kwesi Pratt Jnr makes a clearly under turn argument. This time, it is on the outright dismissal of the CEO of the National Youth Authority, NYA and his two deputies on allegations of corruption. The President, who was once chastised for not dismissing outrightly is today being chastised for dismissing outrightly.

His recent substandard, phoney, indecisive and unmerited arguments are helping to sink the political, sociocultural and economic discourse of our nation. This can't continue and shouldn't be allowed to foster. Mr. Kwesi Pratt Jnr should appreciate that he has been one of the people being followed by most of the youth in the Ghanaian political space.

His recent U-turn arguments are making him highly hypocritical and not far from now, he would lose his credibility. He must therefore sit up, get serious and respect the Ghanaian public, knowing that not all are gullible as he may think.

Assin North : This is pure criminality, I foresee the state...
2 minutes ago