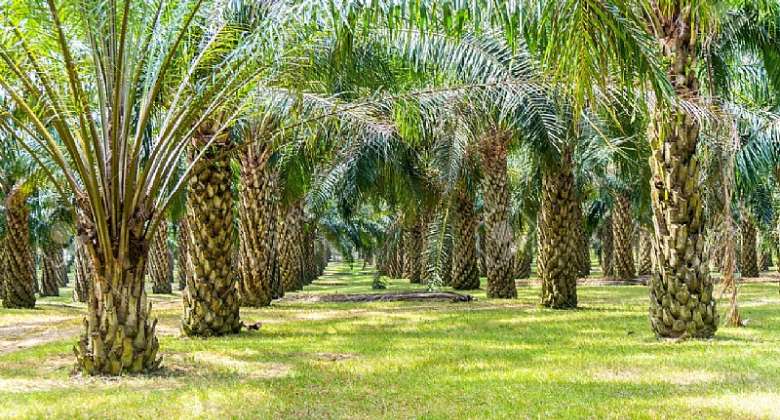 Friends of the Earth Africa groups have described the convergence of oil palm plantation companies under the aegis of Roundtable on Sustainable Palm Oil (RSPO) holding their 3rd Africa Sustainable Palm Oil Conference in Accra, Ghana 20-22 August 2019 as promoters of green wash.

RSPO is the most popularly used voluntary certification scheme for palm oil companies who claim to operate under best practices of environmental, safety and human rights standards.

But Friends of the Earth Africa groups say that despite their claimed commitments to standards hinged on No Deforestation, No Peat, No Exploitation (NDPE) Commitments, cases of environmental degradation and human rights abuses remain visible in the different landscapes of special importance to biodiversity they operate within Africa.

They also blame the activities of the oil palm plantation companies for biodiversity loss, increased poverty, human rights violations and the climate catastrophe in Africa, among others.

Rita Uwaka, Co-coordinator of Forest & Biodiversity Program lead for Friends of the Earth Africa said: "licensing forest destruction in the name of certification is a declaration of ecocide on community territories and this totally unacceptable to us”

“We stand with communities in these countries and beyond that resist the expansion of industrial plantations on their lands, and demand sincerity from RSPO in their bid and claim to halt the deforestation footprint of certified oil palm plantation companies”.

In a statement issued today, Friends of the Earth Africa groups denounced the role of World Bank in in promoting oil palm plantation expansion through its International Finance Corporation and other development financial institutions who give loans to Oil Palm plantation corporations to further their expansion projects.

They insist the increased scramble for land for largescale oil palm plantation expansion in Africa has become largely inspired by the RSPO Certification scheme, the growing demand for agrofuels and processed food and funding by World Bank and other financial institutions.

The groups say they have been documenting the structural harms in the palm oil industry for decades, such as deforestation, biodiversity loss, pollution of surface and underground water sources due to toxic agrochemicals, increased poverty and hunger as a result of livelihood loss. Other issues documented are harassment and sexual violence against women and girls in areas where these plantation companies are operational, destruction of traditional knowledge and local food systems, harassment and killings of Environmental Human Rights Defenders, unfair working conditions and child labour.

They criticized what they described as the notorious and misleading RSPO green washing event in Accra, Ghana because of the track records of human rights abuses with differentiated impacts on women and other vulnerable groups that the companies are implicated in.

They also made the following demands on African governments: