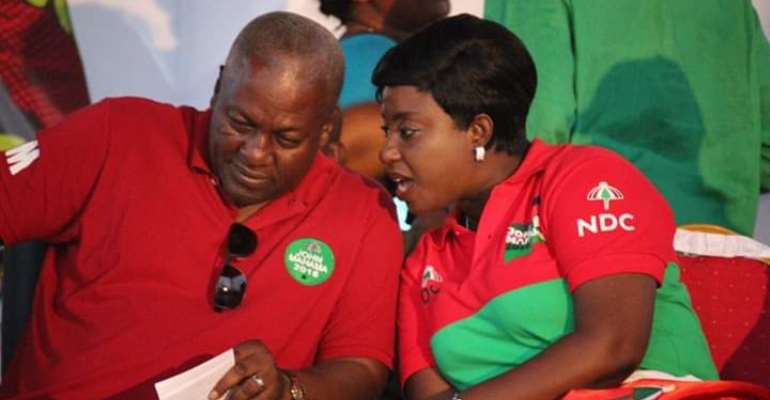 Madam Obuobia Darko-Opoku was the party's candidate for the Weija-Gbawe Constituency during the 2016 General Elections and a former Deputy Chief Executive Director of Ghana Free Zones Authority.

She is one of the NDC's industrious women and has been politically active whiles the party was in power and now in opposition.

The former Deputy CEO is also a media practitioner who has hosted educative and entertainment programmes on various media platforms including Radio Gold and TV Africa.

Congratulatory messages sighted by Ghanapoliticsonline.com shows clearly that the rank and file of the party have welcomed her appointment with many commendations as she is said to relate well with both the grassroot and her colleagues.

Our source said she is considered as the best for the position based on critical analysis of her excellent communication skills.