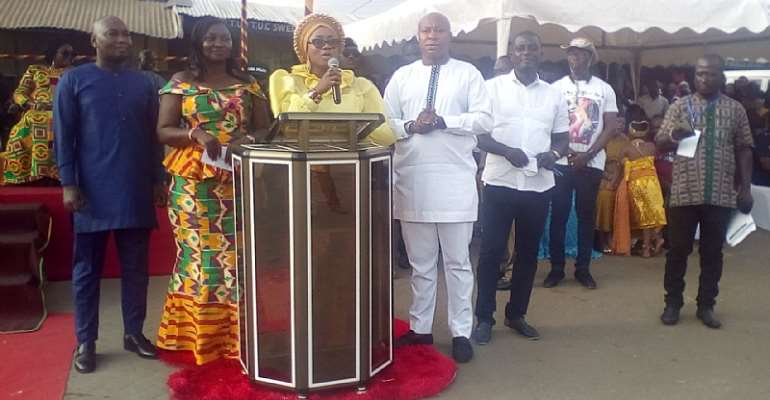 Minister for Gender, Children and Social Protection, Hon. Mrs. Cynthia Mamle Morrison Who is also the Member of Parliament for Agona West is spearheading empowerment of Children in her constituency through ICT and Entrepreneur in the Agona West Municipality of the Central Region.

The drive towards the empowerment of Children in Agona West Municipality has been powered by the Nobles Development Group working in collaboration with the Member of Parliament, Hon. Mrs. Cynthia Morrison.

Nobles Development Group, is a Non-Governmental Organization ( NGO) with social development Project whose mission is to nurture talents in Agona Swedru and environs through entertainment, mentorship, academics, sports, social and other activities.

The NGO has constituted a principle to give every child, youth and adults alike the opportunity to realize their biggest dreams with the support of colleagues who have gone through similar challenges.

Speaking at the Launch of the project at Agona Swedru, Hon. Mrs. Cynthia Mamle Morrison Reiterated her commitment towards the development of children in the Agona West Municipality.

" Information and Communication Technology (ICT) has become one of the basic building blocks of modern society. Young people are the world's largest resource in development so we must encourage them to attain height in the educational ladder"

Inspired by the proactiveness of the Children, Hon. Cynthia Mamle Morrison made an investment of Ghc 1,000.00 (One thousand Cedis ) to support the project towards the development of the Children in Agona West Constituency as a whole.

In a related development, Hon. Mrs. Cynthia Morrison has outlined number of development projects in Agona West Municipality to harness commercial activities of the people.

Addressing separate durbar organized by the Chiefs and people of Agona Nyakrom and Swedru to climax their annual Akwambo festival recently , Hon. Mrs Cynthia Morrison noted that roads in the Agona West Municipality have been awarded to contractors and would soon be upgraded for smooth transportation of goods and services.

" A bridge over River Akora is to be constructed to link Zabon Zongo and Mahodwe a suburb of Agona Swedru. This will ease traffic jam which usually Occurs on Market Days in Swedru and its environs.

An ambulance is to be located at the Agona Nyakrom Clinic to offer quick health care delivery to the patients. I have personally donated an ambulance to Agona Swedru Municipal Hospital, the One Ambulance per constituency would be given to Nyakrom to serve its environs. A healthy people makes a wealthy nation that's exactly what NPP government is doing to the citizenry to be healthy.

According to Hon. Mrs Cynthia Morrison, Upper and Lower Bobikuma will also see facelift projects in their areas including reshaping of their town roads "

Hon. Mrs Cynthia Morrison who is also Minister for Gender, Children and Social Protection announced that her Ministry was going to hold stakeholder consultation with Nananom, Opinion Leaders and Civil Society Groups to sensitize them on laws governing family upbringing.

She tasked parents to be guided again human trafficking, domestic violence and other human abuses adding it's an impediment to national development.

Hon. Mrs Cynthia Morrison stated that her Ministry was doing all these sensitizations and other activities to better the lives of the people through public awareness programmes across the country. 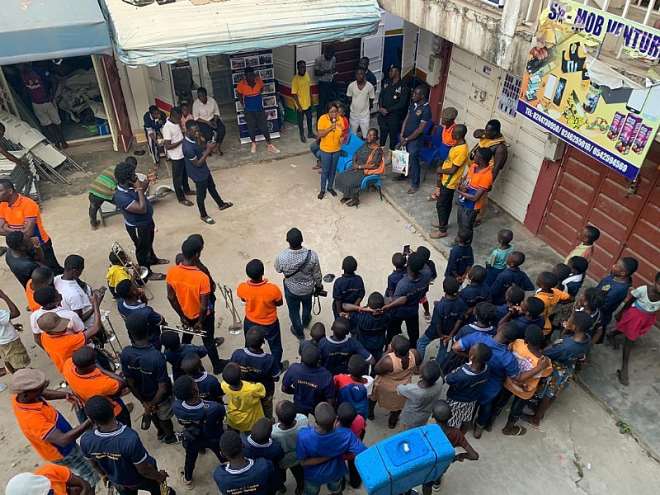