By Oli A. Rahman | Tesano 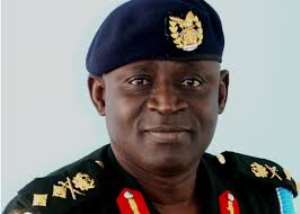 The current Chief of Defence Staff, Lt. General Obed Boamah Akwa is a fine officer and gentleman. Not many people would have noticed him in 2001, then a Colonel, as the PA to Dr. Addo.-Kufuor, Minister of Defence during President John Agyekum Kufuor’s first term. He became more visible when he was elevated as ADC to President Kufuor in his second term.

President Mills’ short term saw him at the prestigious Kofi Annan Peace Keeping Centre as boss and with his star never dimming, President Mahama elevated him to Army Chief of Staff in 2016. It was only a short hop to the top of the top brass as the CDS when Nana Addo-Danquah-Akufo-Addo and the NPP replaced John Mahama’s administration in 2017. The reason for this mini bio-data would be made clear in the epilogue.

A very disturbing video clip has these past few days been trending on the Ghanaian social media. The text accompanying it says, “Awwww… Ghana Military men now doing Akufo Addo politics. Soldiers in the Upper East Region forcing residents to remove NDC posters and preventing them to register their displeasure against the president”

The clip shows people dressed in military fatigues, clearly Ghanaian soldiers, harassing and intimidating citizens for displaying NDC posters. The tense standoff had all the hallmarks of degenerating into bloody conflict – the soldiers were armed and the unarmed civilians angry. The soldiers can be seen snatching off the posters from people’s hands, even entering a shop to remove more posters.

Of particular interest are the irate voices clearly articulating the displeasure of the people at the receiving end of the soldiers’ highhanded (mis)behaviour and clearly visible and audible too was the defiance of the people who were facing up to the might of arms.

What so many armed soldiers were doing there was given away by a voice boldly saying, “We will hoot at him”. Hoot at who? Nana Addo-Dankwa Akufo-Addo, it would seem who was expected to be driving through the area! The voice belongs to a lady who can be and heard protesting that, “This is not a military rule!” Followed by “Shame! Shame!” A man’s voice angrily also proclaims that “We are now going to hoot at him!”

And then worryingly, another voice, in the ensuing melee refers to the soldiers as “NPP Police”! Showing their determination to air their right to the freedom of association and freedom of expression, a lady breaks into song in favour of President Mahama.

Voices appeal to the media present to “capture what they are doing.” And to the soldiers, “Why are you fighting us, fighting us for what?”

Since the episode, the Upper East Regional Youth Wing of the NDC has issued a statement threatening “to take the law into our hands if the security agencies mandated by our constitution fail to protect us…”

This event is very disturbing for several reasons and once again exposes the grave security dangers lurking at every turn of our journey to Election 2020. The full text of the Youth Wing statement puts the blame directly at the doorsteps of Nana Addo-Danquah Akufo-Addo as the current Commander-in-Chief of the Ghana Armed Forces.

It’s taken many years of effort to de-politicise our armed forces, but ominously politicisation is making a comeback. No one, especially the head of state should drag the military into politics and for that matter none of the security forces should be used in any partisan political escapade as witnessed in the clip under discussion

It seems no lessons have been learnt from the obnoxious era of coups d’etat and the political miscalculations that encouraged the military to get into politics. Ghana is a democratic state and citizens have the right to express support for whichever individual or political party they choose to support and if for that reason they should be vandalised by soldiers, then Ghana’s democracy is most certainly slipping...

A head of state is a product of an electoral process and is neither a chief nor a king. An elected president in a democracy competes with others of different ideas to be selected to serve, not to lord it over the citizens. Democracy demands that different or even opposing views should accommodate each other in the given space of civil discourse where people decide on what they want or do not want! Part of the process is free expression with images and symbols…

Soldiers cannot go about terrorising people into submission to toe a particular line even when they disagree. This behaviour is a recipe for disaster, a quick route to violence and will lead to backlash from those oppressed.

Lt. Gen Akwa is the latest in a long line of distinguished military bosses, including Lt. Gen Seth Obeng, Lt. Gen J.B. Danquah, Rear Admiral Mathew Quarshie, Lt. Gen Peter Blay and Air Marshal Samson Oje to have held the CDS command during the tenure of purely civilian Commanders-in-Chief of the 4th Republic, from President Kufuor to the present.

His predecessors exhibited great professionalism in not allowing their officers and men to be the political pawns of their Commanders-in-Chief and Ghana has been the better off for that.

The least Lt. General Akwa can do is to maintain that tradition, which he has no reason not to, for his rise to where he is now has been seamless, mainly as a result of what his predecessors did to keep the Armed Forces apolitical, disciplined and professional. The kind of incident in the video clip with soldiers running amok in a purely civilian political activity, does not bode well for the country, indeed it spells all that is unacceptable in a military-civilian relationship.

At the time of writing, last Sunday, several days after the event and after it had gone viral on the social media,, there was no word from the office of the Commander-in-Chief, The Ministry of Defence or the Ghana Armed Forces. Should the silence be taken as complicity…? Another red flag…

By Oli A. Rahman | Tesano

GES must constitute a new team to handle computerised school...
12 minutes ago