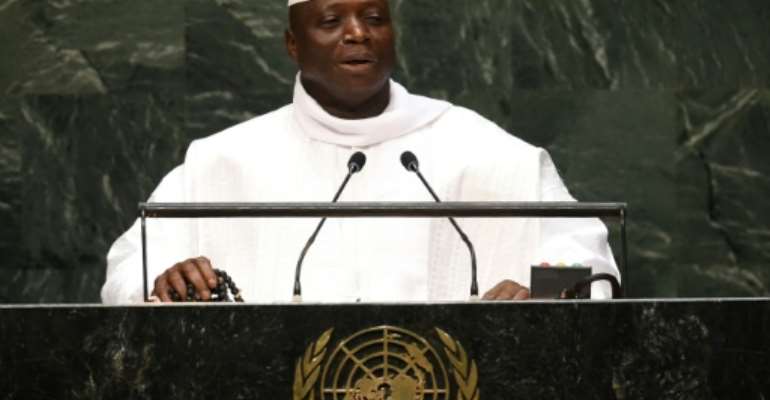 The face of former president Yahya Jammeh, which was printed on all bank notes in The Gambia, has been removed from new bills more than two years after his flight from the West African country.

With accusations piling up that Jammeh ordered dozens of assassinations, the central bank in Banjul, began distributing new 50, 100 and 200 notes in the local dalasi currency from Tuesday.

All the new notes have birds on one side and a variety of local scenes on the other, from a farmer in a rice paddy to a fisherman in a boat at sea.

"A national currency is not a personal property and the head of a sitting president should not be on that note," he said.

"There are many Gambians who deserve to be on these notes because of their role and contribution in the struggle for independence and development of this country since independence," he added.

Trader Alagie Kanteh told AFP the bank was "right in removing the image of the former president".

"He is responsible for the killing of a lot of people in this country."

Jammeh ruled the tiny state for 22 years after taking power in a bloodless coup in July 1994.

He was repeatedly re-elected in disputed circumstances until defeated in December 2016 by a relative unknown, Adama Barrow.

After a military intervention by other West African states, Jammeh bolted from his country and found refuge in Equatorial Guinea.

A Truth Commission has since January been hearing evidence of the mayhem, including testimony from hitmen who said they carried out dozens of murders for Jammeh.

Just days ahead of a major Muslim holiday, central bank governor Bakary Jammeh said he expected strong demand for the banks notes, which will soon see old ones bearing Jammeh's face taken out of circulation.