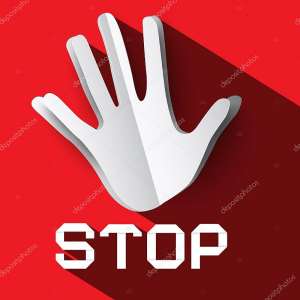 Matters relating to ethnicity and tribal groupings have always been sensitive in public discourse in Africa.

This diversity in cultures which often is a source of pride to us; ironically has been a source of vicious conflicts in our parts of the world.

Civil governments for a long time now haven't been able to manage the interests and aspirations of the diverse cultures found in modern fragile unitary states.

Western democracy which has become the accepted means by which rulers claim legitimacy to manage resources of the continent hasnt so far brought rulers to be accountable to the people.

Western democracy has only produced a system of patronage.

Rulers only favour those who support them without question.

Prof Lumumba had said that political parties in Africa run on tribal and regional bigotry.

Parties only success of clinching to power is to resort to the support of tribal and regional groups.

Most parties aren't capable of capturing the support of the populace by putting forth reasonable competitive ideas.

Parties only win elections by the votes of majority tribal or regional interests.

And the winner takes all system hasn't helped.

When a tribal group captures power, it systematically does all that it possibly could to keep major positions to its tribal group members.

This is a major cause of violent tribal political clashes related to elections which most often result into loss of lives of millions here.

In 1994, a sitting president of Rwanda of Hutu decent lost his life through what was believed to be an assassination attempt.

His plane was shot.

The majority Hutu government thought that it was the minority Tutsi ethnic group that killed their president.

In retaliation, a deliberate campaign was made in hundred days to slaughter the Tutsi minority group.

Some of the ethnic cleansing campaign messages were "kill the Tutsi Cockroaches " and ' the graves were not yet full '.

In hundred days , it is said an estimated 800 000 people died; mostly Tutsis.

The African reality is that the state has failed to deliver to all irrespective of tribe or religion; and so it creates the fertile ground for citizens to align themselves to the influential group to enjoy the basic necessities of life.

That is why we resort to where we come from or which tribal group we belong to with all passion; because it is probably our only ticket to enjoy anything here.

That is why people won't take kindly to a Prophet making some comments that slight a group of tribal women. There is a reason why people would come out to defend their tribal identities. That is all people have here even to seek admission to a school for a ward.

Ghana has been spared national scale tribal conflicts although we have seen pockets of tribal violence even in the cities characterised by burning of habitats.

We have been spared of tribal political violence even though there are records of a few politicians resorting to tribal calls to violence in very critical moments of this country.

Ghana so far has been spared so miraculously that we even boast on the street that Ghana would never degenerate into national scale tribal conflicts as we have seen in neighbouring countries.

And sometimes i get a little worried about this confidence of the Ghanaian that nothing like tribal war could happen here.

I really think we should not take things for granted . I think each day we exhibit signs of a group that could degenerate into our worse form at least provocation.

Recent past culture where one could find the ordinary person taking delight in beating to a pulp a common criminal and to some horrific instances setting fire on common thieves only make me feel Ghana could snap into the unthinkable at least provocations.

For me, a people who do not accord respect to the human person could do their worse when provoked.

In other countries, persons put on trial even for genocidal crimes are treated with some human dignity. These are the societies that one can say for certain wont degenerate into killing each other for pleasure.

Fortunately, that culture seems to have left us for a while

One thing that possibly gives me hope that Ghana may never burn is the tacit acceptance by Ghanaians to change government every eight years. That perception possibly might get political parties to be tolerant of opponents in government because they know their time would come.

Even as I give the stonger reason why Ghana may not burn, we need to equally pay attention to the aspirations of the teeming youth of this country.

Recently, a seasoned pastor expressed fear that suggested that there could be a violent revolt led by the youth if politicians continued to fail the large unemployed youth.

It appears that Ghana is becoming more difficult by day. Youth unemployment hastnt seen critical intervention by recent governments to give hope to the large unemployed youth.

We live in a society where people love to flaunt what they have. The few people who make it here are insensitive.

They even go to church to dance and praise the Lord for what they have; amidst the many poor who cant even find one meal a day.

This culture of celebrating ones breakthrough openly without any concern about how others feel could spell doom for us.

Such things breed jealousy; and this jealousy of the deprived toward those who have could cause the hungry poor desperate to take arms against those who have when the situation is created.

This has happened before in 1978/79 in the so-called revolution and house cleaning.

Many who had more to eat were targeted in that period.

For now, we have been spared of large scale tribal conflicts even though we have exhibited all the signs that occur in other places that had led to total destruction of a whole country.

Even too much schooling doesn't clean us from our negative tribal habits.

Even in academia, we can't look beyond our tribal lines in making our arguments.

Only a strong state that provides for all without discrimination can save us from our tribal divisions.

For now , God possibly is keeping watch on us. We haven't seen any tribal conflicts as told across our bothers.

God is keeping watch on us; Let us pray he continues to do so.

God should not sleep on us.

I fear what we would do to ourselves if God stops watching over us.

Our SinoHydro road projects has silence NDC, when we talk th...
10 minutes ago

Let's go on our knees and pray for Akufo-Addo for God's inte...
37 minutes ago