[Audio] 'How Can An Intern Interview Me?' —Sanitation Minister 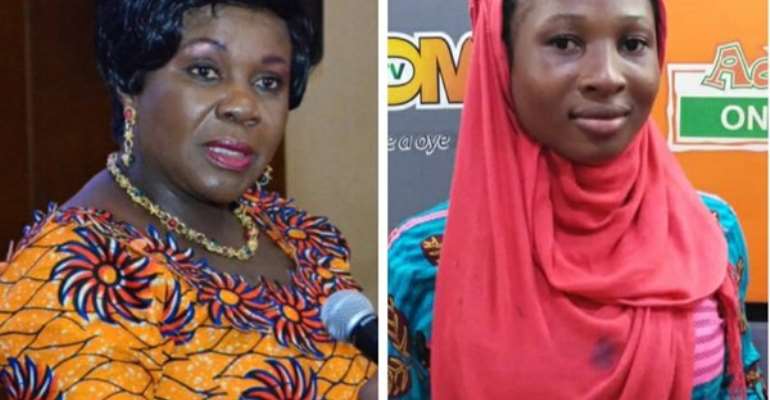 Sanitation Minister Cecilia Abena Dapaah has told off a Multimedia intern, emphasising, her request for an interview is disrespectful because she is an intern.

“Who gave you the permission to call me to speak to me directly like that?” she sternly told Rahinatu Abdul Bach who is also a student of the Ghana Institute of Journalism.

“You don’t respect…please go off” she spoke in Twi before dropping the line. The incident took place on July 12, 2019 when Rahinatu Abdul Bach had been directed by Adom FM editor Samuel Dowuona.

The intern wanted to get the ministry’s reaction to reports, persons caught littering are ordered to pick up the litter or sweep streets.

The Adom FM editor later spoke to the Sanitation minister over the incident. She asked that the radio station shows respect to her office by not sending interns to interview the minister.

“You don’t let an intern call a minister, an elderly person like me? Please respect the office even if you don’t respect me as a human being”

“How do you allow an intern to call your minister, Ah.”

The intern has said she was shaken by the minister’s reaction and found it hard to leave the recording booth after the line dropped.

She said she has always considered herself a strong woman capable of holding her own in the profession. She is interning to improve her chances of find a job in the media industry after school.