Go Back To Fix Your Wretched Communities: If So Smart And Rich 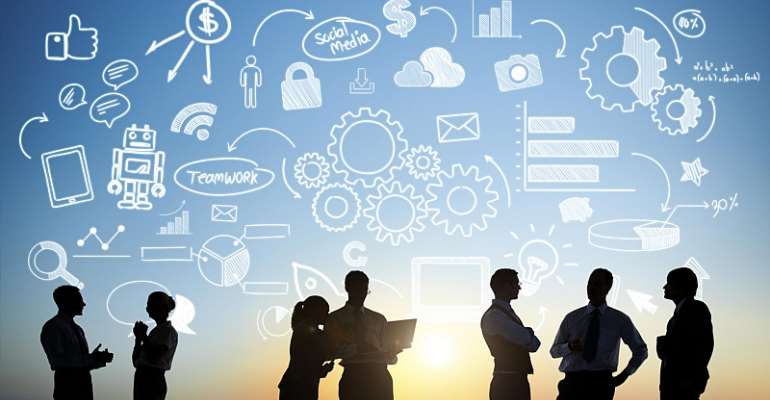 Nobody provided enabling an environment for African billionaires when they establish schools, factories or manufacturing plants in the middle of nowhere and in the face of discrimination against all odds outside Africa. More Africans could have made it at home but for greed, self-hatred, pulling down one another and distaste for locally-made products and services for preferences encouraged by foreign fraud and deceptive trade practices.

"Go back" is not new as it has been used against Irish, Polish, Jews in Europe and even German socialists in early America. But the only people it is still stuck with are Africans or people of color no matter how many generations have lived in Europe and the Americas. Our looters and those who joined in putting down their own countries are put on notice that you and your family even if you escape from home, would remain second class citizens, killed on the street like dogs but given due process as the last rite in a court of law; regardless of how highly placed or how much money you stashed in their banks.

On the other hand, if foreigners are so rich, why are they so mean spirited, afraid to compete on an equal playing field and scared of their shadows? But for the rich environment and good connections, most were lucky to be born into, they would have degenerated into wretchedness worse than Africans. Rich communities save many of us while poor environment retards the development of the gifted but unfortunate, without the opportunity to use God-given talents.

It does not mean that since a man is born in poverty, wretchedness is born in him. Talents come from unexpected diversified communities, even from the most deprived and environmental dumps. If foreigners were not in our communities sucking every living cell out of life in Africa, acquiring cheap resources and free labor to build their empires, there would be no need for a few of us to get out in order to make it. Meaning: If You Were Not Here We Will Not Be There.

If Africans wretched their countries hoping to escape to greener pastures, you have no place to hide or run to. Those that returned found our countries worse than how we left it, different to countries built by Herbert Macauley, Kwame Nkrumah, Nnamdi Azikiwe, Ernest Ekoli, Obafemi Awolowo, Albert Luthuli or Jomo Kenyatta. Those that want to return are stuck as economic refugees because of the wishful thinking of ingrates expecting to create paradise outside Africa.

Unlike Independence fighters that returned home to wrestle in order to make Africa a better place. By their labor, most of us could not wait to get back home. If you do not come back when you finish your studies, folks would say: you wan kill your mama. Later, Military and vagabonds in power turned Africa into forsaken countries. These vagabonds became foreign cronies (costoma dada ni) patronizing foreign institutions, Structural Adjustment, and Devaluations for plundering our resources, waste talents and vandalized Africa into poverty never imagined.

Yet, we celebrate fake success at home or abroad where you are constantly told to "go back" and rescue your ancestral countries? Those on the land of American Indians before Columbus are told to "go back" by immigrants that met them there. A reminder that none of us, Africans at home or in Diaspora will be respected anywhere in the world until one or more African communities can be successfully ruled and managed in their own countries economically and politically. Your acquired accents, education and hospitals can't save you from hell – “Go Back”!

Stokely Carmichael reminded us that West Indian countries were not built to be self-sufficient or successful but used as a sugar cane plantation. It is up to us to change Africa into a sustainable place that can trade within and negotiate fair and equal trade with the rest of the world. We cannot cry over the ways others protect their self-interest anywhere if we do not protect assets and talents at home. There is nothing wrong with loving yourself or your own people as others do, but everything wrong with self-hating and justifying their policies and insults against you.

Therefore when Africans celebrate their riches at home on social media and brag about just landing from “civilized climes”; you may want to know at whose expense they are celebrating. Indeed, some of these Africans would drive a hot shaft through their mothers and throw her under the bus like their colleagues at home to make money and gain fame. Some of them blame “natives of color” and Africans victims in Diaspora for their own predicament.

Even worse are Africans and minorities who champion, excuse and echo the derogatory slurs of their tormentors to elevate themselves, wishing that they will be accepted or accommodated. You can call them wannabe, traitors or Uncle Tom but they do it for selfish interest since they have lost all respect for one another. When Africans in Italy and Alberta Canada were elected, did you check out the platform of the parties that gave them the “opportunity”?

These are extreme right-wing parties looking for minorities to enforce hatred they have for Africans and minorities like them. History books and Libya exposed those Africans allowed to discipline other African slaves. They were brutal and worse than the “Massa” of the slaves.

Nevertheless, self-aggrandizing in the midst of poverty is nauseating. It is a curse to get high in the midst of want. Those of us that are lucky enough to “jam luck” with or without blood and sweat, must invest our wealth in productive endeavors that bring returns not only for our families but to our communities. Enough celebration on depreciating vanities. It does not profit a man to gain riches while leaving his people poorer. Invest that money in progressive ventures.

There are some honest hard-working middle-class Africans like Godwin Maduka, the Texas-based anesthesiologist that turned a little village in Igbo land around in Nigeria. He has a place to proudly call home. So if you are ridiculed and told to “go back” to your impoverished invested ancestral homes, show them the village you come from. Abi you dey shame?

The best way to illustrate the familiar “go back” to your ancestral land is to look at Libya and Congo as more recent cases. They bombed the heck out of Libya and dislocated the “paradise” Libyans now realized they had under Gadhafi. Subsidized education, health care, housing, first car, and first weddings. Libyans gave all these up for "democracy and freedom". Gadhafi was humiliated to death by his own people just as Lumumba in Congo. Na democracy we go chop?

When Libya became engulfed in a civil war, even guest workers and non-Libyans from neighboring Arab and African countries lost all their contracts and means of survival. As Libyans fled the dear country and tried to cross into Europe and the Americas followed by other Arabs and Africans, you guess it right. They were told to “go back” to their countries. The plight of Africans drowning in the sea, dying in the desert and enslaved; another story.

The point remains that if they were not in our Continent to exploit, destroy and subjugate people they consider disposable, there was no reason so many people would have fled their homelands to seek democracy and freedom branded in their countries as their human right. These are the same people that denied the same democratic rights for their minorities to vote. Anyway and anyhow they could: to suppress their votes.

African countries head the poverty list with most children used to beg for arms and foreign aid. We need to wake up and help ourselves, confront our exploiters and negotiate terms of trade as a United Continent, not play up as the small colonial divided ethnic nations. Apoda, who cares about which foreign hospital you die in or the foreign school your children graduated from when the poverty you created to get the money at home cries out loud to your Massa?