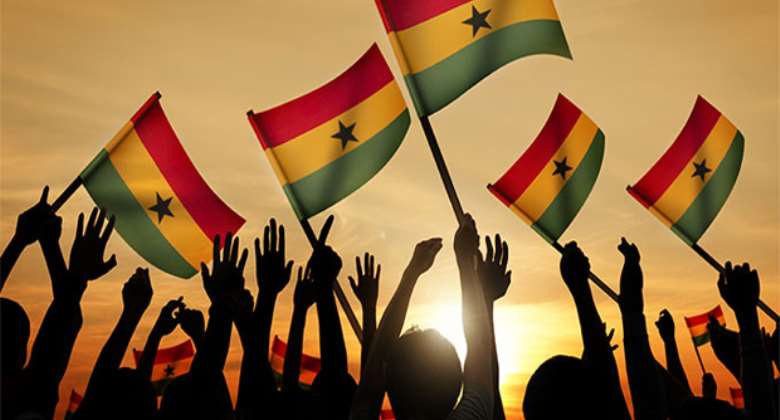 Fifty-nine years ago yesterday Ghana attained total independence from her colonial masters, this being the last vestige of attachment to the Colonial Office.

We have observed the raging storm over who founded Ghana and the bad blood thereof. While it is interesting to listen to the debates, we are pained though that what should have taken place in an ambience of sincerity and veracious submissions is shrouded in a garb of political polemics.

When facts of history are subjected to such sometimes uninformed debates, they deny the young ones the necessary knowledge of unblemished Ghanaian history important for their future roles as inheritors of leadership.

When through the appropriate legislation the President acting upon the powers invested in him by the Constitution moved for the amalgamation of the Republic and Founders' Day, former President John Mahama and the opposition National Democratic Congress (NDC) expectedly spat on the action describing it as revisionist.

The coordinated statements emanating from the party and the opposition flag bearer without doubt seek to rubbish the action of the President and to impose their interpretation of the country's history upon the good people of this country.

The story of the journey from the Gold Coast to Ghana is contained in both oral tradition and written accounts. History being a controversial subject with recorders of occurrences sometimes enmeshing themselves in the stories and therefore presenting jaundiced records, the founding of Ghana has suffered such shortcomings. The outcome is the cacophonous debates on the public space evidenced by the NDC and statements by former President John Mahama.

Be it as it may, the founding of a country is hardly the making of one man – Ghana's story not an exception.

It is arrant nonsense and distortion of facts to engage in cherry-picking when scribbling the history of a country such as Ghana. It would be out of place to deny recognition for those who invited the man the NDC chooses to describe as the sole founder of the country when indeed he was invited to come and join the struggle already commenced by others in the Gold Coast.

That is not to downplay his valuable contribution as part of the overall struggle-those favouring Self Government Now and pro-Self Government in the shortest possible time – both playing their important parts in the equation.

Both the NDC statement and former President John Mahama's  rubbishing the promulgation of the amended Public Holiday Act and seeking to present Kwame Nkrumah as the sole founder of Ghana are partisan political ventures with no place in a serious ambience.

Don't they remember their history notes regarding how African merchants such as George Alfred Grant provided funds to finance a bulwark against unfair practices by the colonial authorities and how this metamorphosed eventually into party?

Do they want to ignore the roles of J.B. Danquah, chiefs, academics, lawyers, among them R.A. Awoonor-Williams, Robert Samuel Blay, Edward Akufo-Addo and Emmanuel Obetsebi-Lamptey? Such marginalization would be farcical and inappropriate considering the fact that their activities commenced some seven or so years before Kwame Nkrumah was invited to come home and assist in the struggle which culminated in the lowering of the Union Jack in 1957 and the eventual attainment of the Republic status. Let them put up with the reality or just shut up.

Greedy and selfish appointees sending NPP into opposition - ...
2 minutes ago

Ghana’s biggest problem is our 1992 constitution — Koku Anyi...
2 minutes ago