Adinkra Symbol In Our New Curriculum 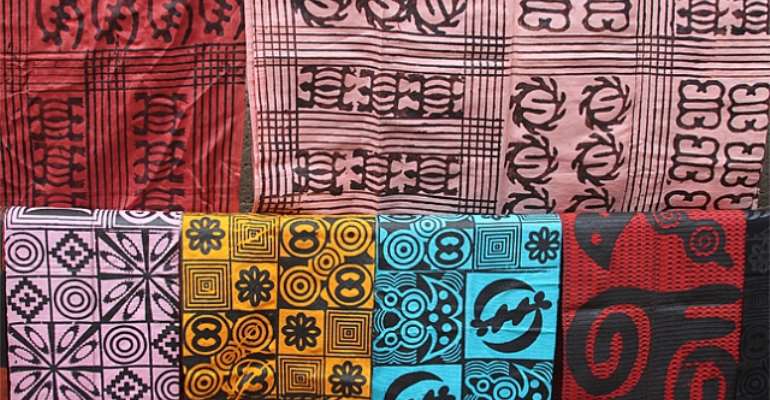 The Ghanaian Education System has increasingly become politicized. Critics have also described our educational system destructively rather than Constructively.In Ghana, when there are new policies, reforms, the populace attributes that to the ruling party and give it all kinds of names. We heard of Rawlings Chain, Kufuor Gallon, Kufuor bus, Mahama Camboo, Mahama Dumsor. For late President Mills he will be noted for his contribution towards peace.Dzi wo fe asem" and "Yen dze, y3 p3 asomdwe.

The Ghana Education Service (GES) will from September this year, introduce a new standards-based curriculum to replace the current one from kindergarten to primary six in all schools. Science, Reading, Writing and Creativity will be at the heart of the new curriculum.

With this new reform introduced by the Education Ministry, the subjects to be taught at the KG level have been reduced from seven to four, which are integrated into themes. The themes for KG are Numeracy, Literacy, Creative Arts and Our World, Our People (citizenship).

The new reform will introduce "History of Ghana" as a subject and would be compulsory for each child from Primary One to Six, while Religious and Moral Education (RME) and Physical Education (PE) would each be a stand-alone (separate) subject.

Well, with this new curriculum, Adinkra Symbol has received little attention in our education curriculum system.Though the symbols are mostly thought by language tutors, hardly do people study and understand the symbols. The Youth of today finds it difficult to embrace and acknowledge the adinkra symbol.

Adinkra are symbols that represent concepts or aphorisms. The historical roots of these symbols date back to the times of the Asante people of Ghana, West Africa. They are believed to have their origin from Gyaman, a former kingdom in today’s Côte D’Ivoire. History, philosophy and various religious beliefs were the core factors in the development of these symbols.

In recent times the art Industry had preserved and showcased Adinkra Symbol in art designs. At various art centers can be seen display of Adinkra symbols on walls and designed clothes. One observation I have noticed is when the foreigners come to art centers, they are surprised we have Adinkra symbols that identify us as Ghanaians. They are in a hurry to take pictures and even purchase dresses with the Adinkra symbols. If these people cherish our writing symbols, then what are we waiting for?

Celebrating this year of return for Africa Diaspora, Ghana rolls up the red carpet to encourage all migrants, sons of the soil to trace their root and come back home.If this is the time for Africans living outside to identify and know their root, we should consider first what we cherish most. Adinkra symbol has a role to play in this year of return.

Public worship, institutions have all taken blind look at our Adinkra symbol. The Bible, Quran are all written in English, Arab, French, etc. The Heaven Gates at the presidential palace as its inscription "Jubilee House".There are no Adinkra symbols. What does this tell us as a nation.

This is the reason am advocating stakeholders within the Education system to consider Adinkra Alphabet us a subject to be studied in our Schools. The Media, NCCE all have a role to play to help invigorate our Adinkra Symbol. Well , if Adinkra becomes a course on its own our president will also end the accolade Adinkra Nana Addo.

The spread of Religions had really taken and hidden our identity. Colonization really affected our culture and identity. We are gradually losing our identity us a nation.