Abavana Was a Dictator’s Apprentice 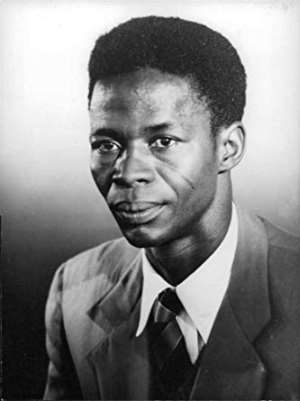 Others have more critically, poignantly and convincingly made the case that the recently deceased Mr. CK Tedam (1925-2019), until his death, the Chairman of the ruling New Patriotic Party’s Council-of-Elders, better deserves to be honored with the renaming of the Navrongo Campus of the University of Development Studies (UDS) after him than having the same institution renamed after LR Abavana (1920-2004), the politically promiscuous toady and pushover of a cabinet appointee of President Kwame Nkrumah (See “UDS Navrongo Campus Should Be Renamed After Lawrence Rosario Abavana, Not CK Tedam” Ghanaweb.com 6/28/19). Indeed, Mr. Abavana, who already has several public schools in Navrongo and its environs named after him, appears to have been more politically engaged or active than Mr. Tedam. However, examined more closely and critically, Mr. Abavana does not appear to have remarkably distinguished himself as a cabinet appointee, as he kept allowing himself to be indiscriminately and rampantly recycled among a handful of cabinet portfolios in the patently unimpressive mode of the game of musical chairs.

In other words, Mr. Abavana, after home a junction in Accra has been named, does not seem to have been retained in any cabinet portfolio long enough to have been able to carve himself a niche or significantly contribute to the palpable development of either his home region of the North, then comprised of present-day Savannah, Northern, North-East, Upper-East and Upper-West regions or the country at large, for that matter. Which is why the man who has decided to spiritedly lobby for the renaming of the Navrongo Campus of the UDS, Mr. Sunday Casper Kampoli, whose article advocating for UDS-Navrongo to be renamed after Mr. Abavana does not seem to have any substantive and/or credible evidence upon which to predicate his thesis, other than the decidedly irrelevant fact that Mr. Abavana, as a staunch Nkrumah lieutenant, led several delegations and government missions abroad.

But, of course, what is even more scandalous about Mr. Kampoli’s argument in favor of having UDS-Navrongo renamed after Mr. Abavana, is the patently flimsy fact that unlike Mr. Tedam, who is a native of Paga, in the same region or administrative polity, by the way, Mr. Abavana was born and bred in the Navrongo Municipality itself. No such argument could be more preposterous, in view of the fact that it was the money of all Ghanaian taxpayers that was used for the establishment of the Navrongo Campus of the University of Development Studies, and not the exclusive capital resources of the people of Navrongo. We must also emphatically point out that as a schoolteacher by profession, unlike the predominantly career politician Mr. Abavana, Mr. Tedam has had far more to do with the moral, cultural and intellectual development of the region and the local area than Mr. Abavana.

But, perhaps, what is even more important to underscore in the context of this debate is the fact that the judgment call vis-à-vis the question of which of these two gentlemen qualifies to be honored or memorialized with the renaming of UDS-Navrongo after him belongs statutorily and/or constitutionally to President Addo Dankwa Akufo-Addo and our august National Assembly or Parliament; it is absolutely not the judgment call of any individual Ghanaian citizen or vested interest. As well, Mr. Tedam, the famous Independent Parliamentary Representative in the 1950s, appears to have been more politically principled than Mr. Abavana, the indisputable Nkrumah lickspittle, who well appears to have been perfectly at peace with Nkrumah’s reign-of-terror and one-party dictatorship.

Finally, we must also bear in mind that but for both the strategically progressive and unarguably constructive decisions by Mr. Tedam, in the watershed moment of the Afoko Gang’s Coup Detat, the entire New Patriotic Party establishment would have since long been consigned to the proverbial dustbin of the history of failed political parties in the country. And the landmark fee-free Senior High School policy initiative, which promises to restore Ghana to its old glorious status of an academically first-rate nation would have eternally died with the same. The fact of the matter is that as an elderly statesman and a foresighted Ghanaian citizen, Mr. CK Tedam had few peers and rivals in Fourth-Republican Ghana.