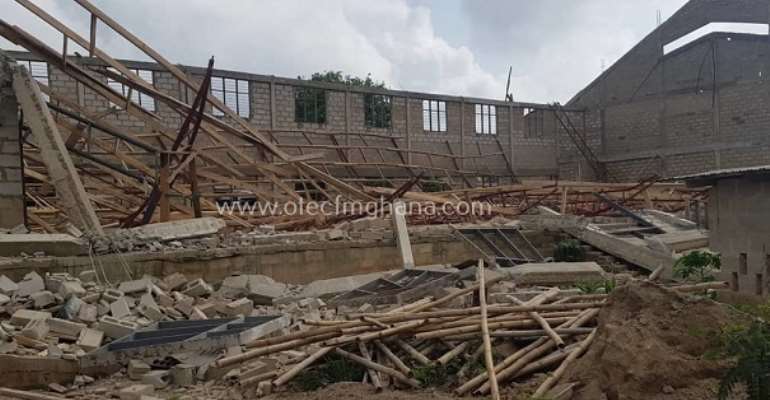 A newly assembly hall building under construction for the Jachie Pramso Senior High School in the Bosomtwe district of the Ashanti region has collapsed.

The building which was at the roofing stage came crushing on the dawn of Wednesday, June 19, 2019, with half of the structure on the ground.

No casualties were recorded.
The project is been funded by the Government of Ghana, under the supervision of Deputy Minister of Education, Hon. Dr. Yaw Osei Adutwum and the Ashanti Regional Minister, Hon. Simon Osei Mensah, both old students of the school.

The projected when completed will be the official assembly hall for the school since its establishment in 1970, as the dining hall is been used as the assembly hall.

Otec News’ reporter, Henry Acquah, who visited the school on Thursday, spoke with the Chairman of the Parents Teachers Association (PTA), Mr. Paul Adusei Agyeman, said the school is yet to contact the contractor working on the project.

“We are yet to get in touch with the contractor who has not been seen here since it collapsed yesterday. We can’t tell why and how it collapsed unless we meet him,” he said.

The contractor, whose name was only given as Mr. Frimpong, when reached on the telephone by the reported, said he was not ready to speak on the matter, and hanged up.

The project started in June 2019 and is expected to be completed by the end of the year. 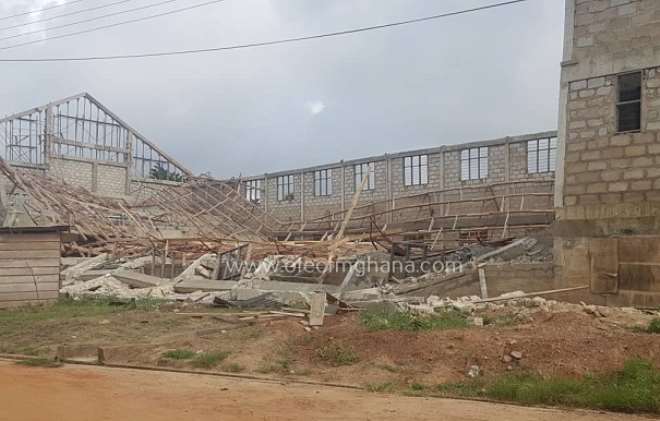