Yearly Ban On Noise Making By The Ga Traditional Council: Must The Churches And The Mosques Comply Willingly? 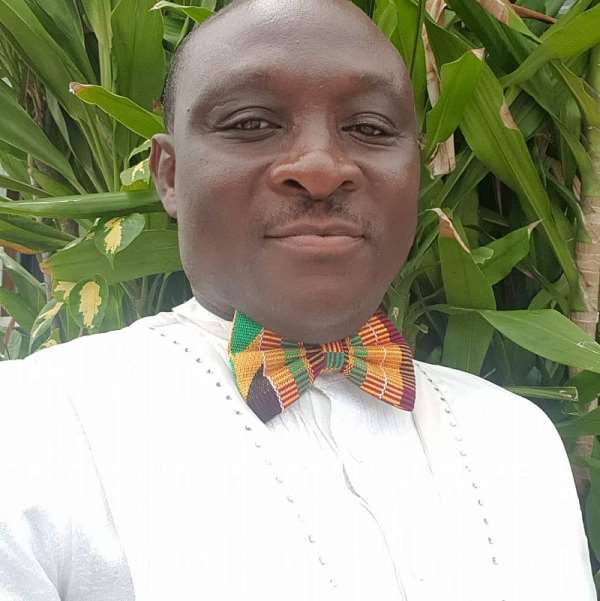 Introduction
Every year, the Ga Traditional Council in collaboration with the fetish priests called Wulomei declares a month's ban on noise-making prior to the celebration of the Homowo Festival. The ban on noise making is rooted in the traditional religion of the Ga people hence everybody living on Ga lands is required to comply with the ban and desist from noise making until the ban is lifted.

Both believers of Islamic and Christian faiths are equally expected to adhere to the ban. In this article, we will examine the legality of the ban and see if it is lawful and further concern ourselves with whether or not the Mosques and Churches should willingly obey a ban imposed by the traditional religious faith.

In accordance with the ban, Mosques and Churches are required to ensure that any worship - related noise is confined to the places of worship only. The ban is not meant for religious bodies alone but it is a general ban on noise making regardless of where the noise emanates from and regardless of who makes the noise. As such, the traditional religious faithfuls, as well as people of other faiths residing on Ga lands, are expected to obey the ban.

Mindful of the fact that social deviants or non-conformers exist in society, the Ga Traditional Council (GTC) usually puts a task force in place to seize any musical instruments that are being played in high volumes and ensure that the perpetrators are brought to book.

What we see in Ghanaian communities in contemporary times is excessive noise making by Churches and Mosques as well as street preacher men and those who sell musicals. Noise pollution has thus become a nuisance in most Ghanaian communities and the authorities are seemingly helpless in the situation.

Per section 2(g) of the Environmental Protection Agency (EPA) Act, 1994 (Act 490), it is one of the functions of the EPA to "issue notice in the form of directives, procedures or warnings to any other person or body for the purpose of controlling the volume, intensity and quality of noise in the environment"

However, the EPA virtually failed in the performance of its duty in this regard. Personally, therefore, I wish the National House of Chiefs should even nationalize the ban on noise making so that every city or traditional area in Ghana will observe it every year.

Sometimes you enter a church or mosque with only a few members but loud public address systems are used to address the congregants at very high decibels. Some of the religious leaders do this for evangelistic purposes so that they can equally preach to other souls outside the places of worship where the noise is made. But this is wrong. Whenever one travels to the very developed countries where religious practices still go on, such noises are not made because there is strict enforcement of laws that touch on noise pollution. In Ghana, however, anything goes so far as noise making is concerned. I become extremely happy anytime the GTC declares its ban on noise making. This is because the environment becomes less noisy.

But is it Legal for the Ga Traditional Council to Declare the Ban?

On this constitutional altar, we can submit with a significant margin of certainty that it is legally right for the GTC to place a ban on noise making per their traditional calendar and people residing on the Ga lands must obey the ban willingly and ensure that they are not forced to do so. After all, there must be religious tolerance aside the reality that the traditional authorities are the custodians of the lands on which we reside.

God or Allah is known to be peaceful and not disorderly so those who worship Him must mimic his nature and must therefore not put up behaviors that may lead to an unnecessary conundrum. It is therefore surprising that some Mosques and Churches do not adhere to the ban on drumming and noise making and tend to have confrontations with both traditional and city authorities sometimes.

It is therefore advised that the EPA should partner strongly with the GTC to enforce the one month ban on noise making every year.

The Health Benefits of the Ban on Noise Making

Having examined the cultural/religious and legal aspects of the yearly ban on drumming and noise-making by the Ga Traditional Council (GTC) in preparation for the Homowo celebrations, it is imperative to also examine the health benefits of the ban.

It has been established scientifically that noise does not only lead to environmental and psychological harms but also physical harms. It is evidential that people who live in noisy environments suffer more from fatigue and psychosomatic disorders. If this is true, then we must make less noise in our places of abode or go on noise holidays periodically hence the GTC ban on noise making is worthy of support and all religious bodies in the country must support it and even replicate it throughout the country.

Conclusion
It is no longer doubtful, at least per this article that the yearly ban on drumming and noise making imposed by the Ga Traditional Council is beneficial to society.

Islamic and Christian leaders must, therefore, support the ban and encourage their congregations to willingly comply with it even at their homes.

It is also advised that Christians and Moslems should not to devilize the ban but rather internalize it because it has health benefits for all persons irrespective of their religious beliefs.

Now, one may ask rhetorically that if Ga Traditional Council is able to impose a yearly ban on noise making, why can't the EPA, a government agency do so and ensure it takes a nationwide effect?