This Is A Rejoinder of This Samson Amu, A Nigerian Writer And Placed In Ghanaian Perspective The Factors That Hinders Women From Participating Effectively In Governance
By Issah Musah Aziba 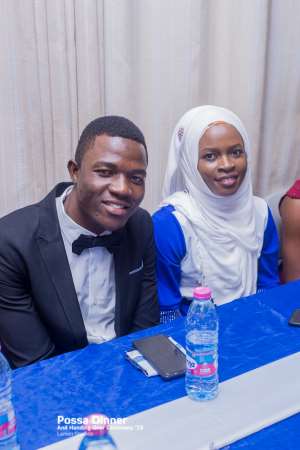 Today, more women serve as members of their countries legislative bodies at the local, regional and state levels; In Namibia women account for 44% of local government official. In Denmark, Norway, and Sweden, women make up more than 36% of the legislators at the National level, and are making a difference in creating public policy beneficial to women. The United States, almost 50% of all women of working age work in labor force and career opportunities have expanded for women. Today, rape during times of war is treated as a crime against humanity, punishable by the International Criminal Court (ICC).

Women are active politically, economically, and socially in ways that were unimaginable decades ago. Political and economic rights acquired by women allow them to live their lives quite differently from their fore mothers. Reproductive rights allow women the freedom to choose to have or not have a child. The burning issues are, why are there a low percentage of women in politics and leadership? Why is there need for women to acquire critical skill? There are two schools of thought on women and leadership issues. The first school believes women in the past had demonstrated leadership qualities in various strands of life but gradually their power was eroded, while the second school believes women have not been given opportunity to demonstrate their leadership prowess, that only quite recently, women have access to leadership. It is our beliefs that both positions are true, because we can support the two assertions from historical records.

It is said that political participation is the key ingredient of every political system, be it traditional or modern, democratic or totalitarian. This means that in every political system there must be somebody in a position to take political decisions and perform other political actions like appointment and removal of officials from time to time. Factors like age, sex (gender), financial status, level of education, political and economic experience, psychology, geo-political zoning, primordial factors (religion, ethnicity), and nature of government, affect political participation of women.

Ghana today, in terms of women in politics, there are few occasions you would witness women participating in any political activity, especially during elections, few contest for political positions and very few women vote. Some factors that hinder women participation are discussed below:

Education This is one of the important factors that hinder women participation in politics, not all women have acquired adequate political education and so they know nothing or less about politics generally, although in Ghana, the only specification given to those contesting for any political position is the WASHSCE, but not every woman have acquires a political degree or political knowledge hence they are not conversant with the political orientation or structure to enable participation.

Cultural is another major factor because it is an ethos issue. In the traditional society, women are made to stay out of politics. In a traditional Ghana society, politics is believed to be the duty of the man, since he is the head, participating in politics automatically bequeaths one with power; it is generally accepted that only men be allowed to wield such political power.

Psychological, this factor hinders women participation in politics by implanting various reasons or motives in the mind on why women cannot participate fully in politics. A good example, a married women with kids would be insulted even by her fellow women, if she attends political party meetings frequently and she is hardly at home to take care of her children, especially if the meetings are held at night, a typical Ghana husband or man, would suspect her of having extra martial affairs since his wife would be coming back very late. This psychologically discourages and hinders women from participating in politics.

Poverty and Disempowerment in a country like Ghana, we can conclude that the most empowered gender is the man, some women are also empowered but cannot exceed the number of empowered men, and being empowered attracts authority, dominance, and wealth. With all these factors that the male specie possesses, there is a tendency of intimidation springing up, thereby leading to the laying back in political participation by the women.

Nature of Politics is another reason why there is low or lack of participation of women in politics in Ghana unlike other countries. In Ghana the nature of politics is characterized by violence, it is said to be very violent to the extent that those with the hearts and minds of stone, can withstand such violence. We have witnessed violence that occurs every election season, a woman, naturally would not want to get involved in such as she has a lot to lose, health wise and beauty wise. If most women continue to think this way, there is no way any woman would want to participate in politics, or allow any family member of hers to participate. There are many more factors not mention, but it is believed that the above factors are major factors hindering women political participation, however it is time to take action by calling on all women to learn how to participate in politics (local, state, national or international level).

In conclusion, the Ghanaian society is to be blamed for identifying the roles of a man and that of a woman in this way from the very beginning. Both men and women are endued with leadership qualities, and the society needs both sexes to work together for the good of the society. A society that plays exceptionalism only on one sex will lag behind in the new millennium. It is imperative that adequate spaces be created in leadership for women. Ghana is a member of the United Nations she signed the Convention on all forms of Discrimination against Women and also appends her signature to the Beijing Platform of Action which prescribes 30% seats for Women in Elective Offices, while we note that we are moving progressively towards the goal.

However, we are worried about attitude of men in the work place, a lot of men still loathe women leadership, we need to understand that for any meaningful development in the Country, both men and women must work together to chart the way forward. It is believe that Gender equality, and the social transformation it implies, is most likely to be achieved when men recognize that the lives of men and women are interdependent and that the empowerment of women benefits everyone.

The power of a Woman in politics should never be underestimated, as she takes it very serious; like the political field is her kitchen, and makes sure nothing goes wrong. The limits set by society are only man-made not ordained by God and can still be unmade by man (changed.

I always stand for the interest of the people and together, we shall fight for the change that we deserve. Let us not give room for polarization, all the above factors are societal constructs thus, they are unnatural and we can do away with them.