Sustainable Pension for all: The Role of Social Partners.

Creating a better world for the aged.
By Theophilus Quaicoe 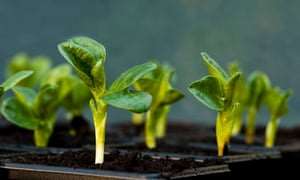 Social engineers have a very critical role to play in restoring and advancing the lives of the vulnerable in society, especially, the aged. Magnificent contributions by the "aged population" around the globe, during their youthful stage of life, cannot be overemphasized. Some have worked restlessly and selflessly to set an indelible pace for their family, community, organization, religious group, association, their nation, and the world at large. Intense struggle and humiliation did many experiences, yet they made a conscious effort to uplift the progressive flags of society, for a sustainable life.

Since time immemorial, traditional actors and family members have played a very key role in providing adequate welfare packages, care, and protection to the aged in several communities and families. However, this philosophy has been shrinking greatly over the years because of the over-dependence on the nuclear family system as well as the increasing rate of inclination to the principle of individualism. This makes it extremely difficult for most people to cope with ageism and its concomitant problems, most especially, those within the low-income bracket, who live in the urban and per-urban zones. Survival strategies of the aged/elderly have been extensively researched and studied by many researchers in the fields of social work, sociology, anthropology, among others. This suggests how imperative and critical this issue is, to many think tanks, academicians, policymakers and students. Sadly and undoubtedly, most of the policies engineered by policymakers and politicians tend to me more reactive, instead of adopting and developing a proactive intervention approach.

Another issue worth mentioning is the escalating rate of divorce in Ghanaian society. This has shaken our family system as well as the cultural imperatives, that form the building blocks of our social institutions. Single parenting and blended family system have penetrated into our cherished domain of family orientation, and this has gone a long way to defeat the bond, cohesion, unity, and reciprocity in our culture.

In some cultures, some men have the myth and ideology that, if they are able to take good care of their children, it's the family members of the wives who are going to enjoy the fruit of their labour, therefore, they fail to raise the children to an appreciable standard in the society. Some even neglect them to face the hardship of the economy. When these instances arise, most women take it upon themselves through thick and thin to provide the health needs, educational needs, basics needs like food, shelter, clothing, etc, care, warmth, emotional and social support of the children. When these children grow up and realize that they were neglected by their father, they also tend not to care for him, and the cycle continues, even though there are exceptions.

In contrast, superstition also greatly influence our welfare provision philosophy to the aged. Some ascription like "witchcraft" are stoned at most of the elderly men and women in some societies. Toothless people, those who place white cats on their laps, and very poor old people are considered to be witches in some communities. This causes severe psychological harm to them at this critical stage of life. In extreme cases, some are isolated and being camped at witch camps to face intense neglect and social death. This has also intensely weakened our love, care and affection for the aged, forgetting that this stage is also part of the human developmental life cycle, hence, every individual might eventually experience it.

The government of Ghana since 1965, has done a great job, through the introduction of the SSNIT policy and the Pension Act of Ghana in the year, 2008. Even though this has immensely advanced and restored the lives of many aged people in Ghana, there are still more revision, reconstruction and construction to be done. Some pertinent issues like refusal of some private institutions to pay for the SSNIT contribution of their employees are rampant. Others to do not pay it on time, with several arrears. Some also pay below the minimum requirement which greatly affect the amount of money pensioners receive in the end. Again, some agencies and citizens are ignorant about the content, composition, and significance of the SSNIT on their lives, families and communities. Similarly, some refugees experience crisis situation during their age of retirement because, they do not have families or people they can depend on for survival, neither do some enroll on the pension scheme, that could grant them some form of assistance or support. Sadly, some underrepresented communities also hardly have knowledge about these packages, and even if they do, find it difficult to make the SSNIT contribution.

There’s a perception that so far an individual has reached the age of retirement, automatically, such a person can survive based on his or her SSNIT contribution. Again, those people will receive their pension allowance, hence, they can survive on their own. This has taken root in most communities in Ghana, and it is greatly affecting the survival rate of the aged.

Realistically and more constructively, individuals and families must be fully empowered during their adolescent and youthful stage so that they could develop mechanisms to work prudently, gain an appreciable living standard, and make adequate investment in their retirement era. Much emphasis must be placed on building resilient families and individuals who would be able to adequately provide for their needs during their old age, without necessarily relying on the pension scheme. In building resilient families, every family would be able to cater for the needs of its members adequately. This calls for the integration of more social workers into the family system to resolve crisis situation, and build their level of homeostasis and resilience.

Moreover, industrial social workers must be effectively integrated into organizational settings to empower them to develop better comprehensive welfare packages and fringe benefit for employees, necessary to help them function more effectively during retirement. The Organizations who are failing to honour their SSNIT contributions will be petitioned to do so more responsively and sensitively.

Even though the LEAP programme has broken the poverty cycle of many poor aged in Ghana to some extent, more work needs to be done. As Frederick Douglas rightly said, "It's earlier to build stronger children than repairing broken men". This presupposes that, more resources must be geared toward building stronger individuals, families, organizations, religious groups, schools, and communities, and instilling a higher sense of responsibility, care, love, cohesion and reciprocity into them, to enable them cater adequately for the needs of their old members, without necessarily relying on the government for support or assistance.

Also, continuous education and advocacy must be effectively done to educate citizens on the reality of ageism and its complicating problems. Family members must be effectively socialized to understand and practice the principle of filial piety within the family environment. Ghanaians must also be educated comprehensively on the human developmental life cycle so that they can welcome, appreciate, love and care adequately for the aged.

Finally, more policies must be engineered to give room for people who have reached their retirement stage, but can actively contribute to the workforce and economic framework of the nation, through reemployment process with some appreciable form of allowance or salary. Again, refugees must be effectively captured in our mainstream policies of the aged, so that they can equally benefit from them. More specifically, special policies can be designed to cater for the needs and families of the aged, to ensure social justice and equity.