Calling For Power Extension Is Unnecessary 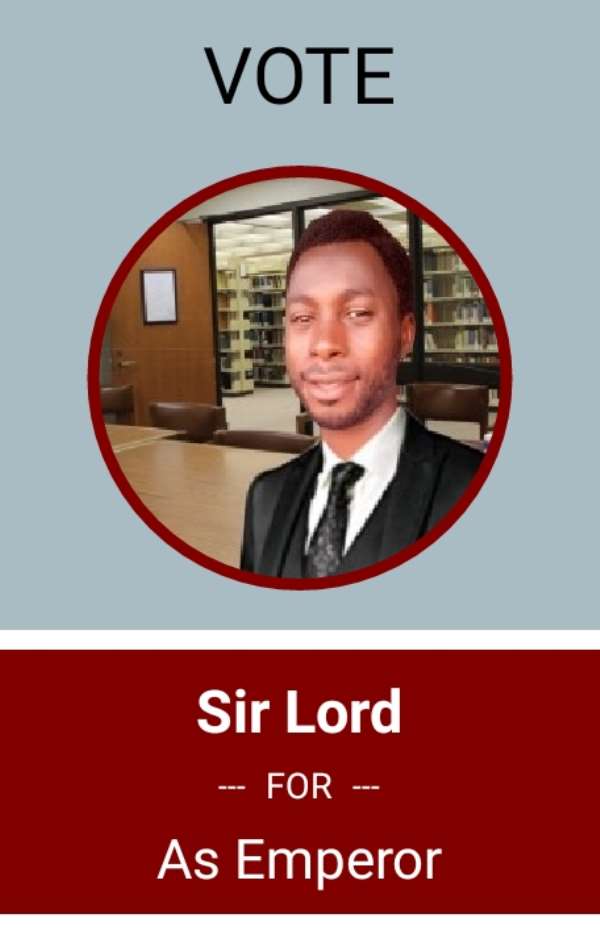 Vasco, the Regent Duke of Goka Kingdom showed to me a letter he was about to place before the District Chief Executive of Jaman North. In it, the Palace highlights the need to pave artery and trunk roads in his Kingdom. To the Health Center and the only Senior High School in the vicinity of cluster of schools, Vasco proposes its pavement would facilitate health care and rekindle the dying embers of the Kingdom's education. It's also stated in the letter how businesses would be boosted to match with the government's aim of One District One Factory, since the road to the Health Centre passes through the Wednesday market. And goods from farms and nearby towns would reach the market on time, raising sales and revenues to the state coffers.

After glancing through the letter, I only remarked, albeit soliloquy that: "yes, indeed, Vasco deserves his name - Vasco The Wise.

This is what is expected of traditional rulers. They are to be partners in the building or perfectly put: 'rebuilding of our fallen walls.' It's not for myopic parochial interest that traditional rulers are crowned, but for the interest of their subjects.

The doing of Vasco ignites the perpetual flames that would brighten the dark corners of our political field. His moves are a counter to the sycophants and the bootlickers who only massages the ego of elected leaders in the Republic just for handouts.

As a Courtier, I'd felt ashamed and mortified to hear a traditional ruler in the Brong East Regional capital Techiman, calling for extension of the presidential tenure from four years to five or six.

I'd at the time be on a date with a beautiful princess in the Goka Kingdom when the saying of Ekumfi Ameyaw the overlord of the Techiman traditional area, and the author of that statement got to my hearing. Notwithstanding the beautiful figure sitting opposite to me, her glowing white teeth with the queen's diastema in the upper front incisors smiling; my eyes got fixed on the television sett that carried the ear-breaking and eyesore news. The princess apologised and asked if she'd offended me with her actions at the time we're supposed to make the best out of our time.

I falsed and forced a smile out, saying: 'no, dear, you're not the cause of my unhappy countenance but the news that I just heard.

She laughed out loud and said: "you, the love for this country will let you grow grey hairs early, and you'll shed some of your beauty."

Her Courtier language calmed me a bit, and after heaving a sigh of relief, I said: " look, my princess, must we give a leader a hell of thousand years before he makes or effect a needed change? "

I continued, in the Christian Bible, is the Jesus Christ remembered for because of his longevity in His ministry?" Or how many years did John F. Kennedy, Abraham Lincoln, Nelson Mandela and Thomas Sankara served in office before their names were enshrined in the hearts of man and praise books? "

You know what, it's time we say it as it is, it's time to administer a bitter pill that will take the decisive and the courageous to swallow if we're to cremate the mummified style of governance and raise from the ashes giants that will build the country again.

The sitting president is goaded by the said Ekumfi Ameyaw to stay in power for Heavens knows when, since he's demarcated the administrative regions in Ghana, and for that matter he (the traditional ruler) would exercise a greater power under his fiefdom.

He never told President Addo Dankwa to assist him to write and document the Bono language that is going into extinction. He didn't reprimand or advise the president to prioritise education in the Republic in the age of Students sitting in dilapidated classrooms, using stones as a computer mouse, and teachers writing examination questions on chalkboard in this 21st century.

My princess reminded me of where I was, and the purpose for being there.

In order not to spoil her day, I pulled my punches and ended by saying: "Vasco's Court should be a school, and from there the rebuilding of our fallen walls would be tutored to all patriots, and Vasco's example is a test case that would be core of what pilgrims are to grasp."