A Privileged Education: The US College Admissions Scandal 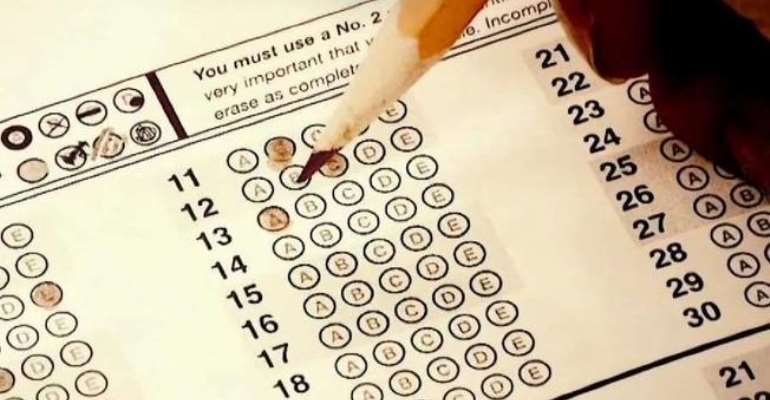 The oldest idea of history; the perennial problem of station: education. Get the child as far as possible so that he or she can be propelled, as if from a trebuchet across the ramparts of life. Nasty obstacles – one being a lack of intellect – will be cleared, and the wretched genetic issue will find itself in sinecures, positions of influence and sat upon the comfortable chairs of the establishment.

Universities should be places of educational exultation. In practice, they have become creatures of the state, friends of various industrial complexes, and complicit in some of the darker tendencies of society. Go to university, and understand dankness and rot; go to university, and acquaint yourself with what foul pools of unrefined group-think looks like. (The very idea of a “school” of thinking is disturbingly boxed in nature.)

It is also clear that any institution which hands caps out in hope of filling them is bound to be influenced by the heaviest contribution, though how that contribution is assessed can be a point of conjecture. As the issue of Benjamin Franklin’s diamond snuffbox, a present from Louis XVI showed, a gift might be as troublingly influential as a bribe.

Cap filling, in other words, is beyond rebuttal as a university practice. What is significant is the form it takes. It can either be subtle, with the old blood and club ties playing a role, greased by donations and a designated background; or it can be more direct, with employees of the university taking a cut, an overt way of exploiting the process.

Yale women’s soccer coach Rudy Meredith, for instance, was of the latter persuasion, supplying what were considered by the university “fraudulent athletic endorsements” for two applicants. One failed to get in; another was admitted around January 2018, with parents paying Rick Singer, the grand poohbah of the operation, $1.2 million for the facilitation of acceptance. A good slice of $400,000 went to Meredith.

The Boston US Attorney’s Office got wind of the matter. A federal grand jury subpoenaed the Yale Office of the General Counsel on November 16, 2018 requesting information about Meredith. Full details were revealed once the charges were unsealed on March 12 this year.

Singer has made a pretty sum from such transactions in what appears to be the largest, and longest running college admissions scandal in US history, his modus operandi being the counterfeit athletic and exam profile (doctored photos and exam results, bogus special needs certificates). Other colleges, coaches and parents, have found themselves wading in the pool of accusation, though Southern California seems to be ground zero in that regard. Half of the 32 parents who found their way into the FBI affidavit filed in the US District Court in Boston are linked to USC, accused of old fashioned bribery of college entrance exam administrators, varsity coaches and administrators responsible for athletics recruitment and using “the façade of a charitable organization to conceal the nature and source of the bribe payments.”

This Monday, former coaches from the University of Southern California and Georgetown University, part of a select dozen, pleaded not guilty to charges that they had participated in the scheme. The list reads like a thick who’s who of the establishment gone south: former USC women’s soccer coaches Ali Khoroshahin and Laura Janke; former USC water polo coach Jovan Vavic, and Gordon Ernst, Georgetown’s former head tennis coach. They are said to be part of an enterprise of 50 individuals, including actresses Felicity Huffman and Lori Loughlin, part of a racketeering project worth $25 million.

As is the nature of such processes, universities retreat behind an assembled body of rules and spectral processes that are supposed to guarantee accountability. Yale’s attempt to do so in this latest college admissions scandal fails to disappoint. “On the very rare occasion when Yale receives an allegation that a current student included false information in application,” explains the university in a statement, “Yale gives the student the opportunity to address the allegation.” If the university deems the allegation true, “the student’s admission is rescinded, based on language in the application that requires applicants to affirm that everything in the application is true and complete.”

The university also denies, in an effort to ward off speculation on the subject, that there is “no evidence that a student admitted under this scheme has graduated.” Traditional, indirect ways of influence tend to be then norm; the recent US college admissions scheme was simply more daring, and brazen, in its implementation. It was daylight looting.

It all comes down to style and method. Daniel Golden had already shown in his 2006 publication The Price of Admission, that the wealthy in the US purchase a pathway for under-achieving offspring into elite universities via enormous, tax-deductible donations and the exertion of influence on appropriate university committees. Take a certain Charles Kushner, New Jersey real estate developer, who pledged $2.5 million to Harvard University in 1998. Son Jared, hardly jaw dropping with his SAT or GPA scores, was duly admitted, the rate of acceptance then being one out of nine.

That decision was greeted with consternation at The Frisch School in Paramus, NJ, Jared’s boyhood stomping ground. “There was,” opined a former official of the school, “no way anybody in the administrative office of the school thought he would on the merits get into Harvard.” The backfill response, often coming from a spokesperson for Kushner Companies, has always been consistent: there was no link between Charles Kushner’s gift, and his son’s admission.

Similar principles, at a stretch, apply to Oxbridge, but the British tend to prefer the subtlety that comes with hypocrisy and class impenetrability. As UK Professor David Andress wondered when looking at the US example, “Why these people didn’t just make strategic donations, perfectly legally, to achieve the same end…” And so he tails off; thickness can only go so far. What is needed there is an additional good “blag” factor, a heftily billed private school education, and good family ties. Exaggerated sporting achievement can help.

This is the issue of corruption in universities who, like any bureaucratic institution linked with establishment values, desire money and possess a self-subsisting interest in supporting its favourites. Where education is not universally free, favours will be done, or least be seen to be done. Appropriate backs will be rubbed. Regulations written in mosaic stone will be broken if needed. In some cases, no law need ever be broken; appearances will triumph.