Who Qualifies As NDC Parliamentary Candidate? 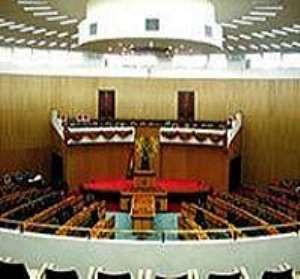 Who in his/her right frame of mind will decide to contest an election in Ghana knowing his/her name is not in the Ghanaian voters register? Many NDC sitting MPs who considers their seats as their family throne or better still think they have created a dynasty in the party and have already appointed their successors are coming out with their own version of the Party’s Constitution so that aspiring candidates will be disqualified from contesting the coming parliamentary election (2020).

According to the Gospel of NDC, to contest as a parliamentary candidate in an orphan constituency or where there is a sitting Member of Parliament (MP), one must be a card-bearing member and of good standing in the party and a dues-paying member in a branch. The person must also hail from the constituency where he/she wants to contest, and must not be convicted of any criminal offense.

A member shall not be qualified to contest the primaries for the parliamentary seat if the person (a) is disqualified under national electoral laws from contesting for any parliamentary seat (b) Is not an active member of the party at the constituency level for four (4) years immediately preceding the date of filing nomination; and (c) Is for any reason disqualified from being a party member as provided for in Article 8 of the party constitution.

Rumors are going around that some sitting MPs in rural constituencies who fear that they will lose the seats new contestants are teaming up with some constituency executives to come out with their own version of the NDC Constitution, spelling out the qualifications for aspiring candidates. The purpose of these moves is to prevent qualified candidates from contesting them. These moves I see as one of the causes of the defeat of the party in the 2016 elections. Some candidates who had lost touch with their constituents were imposed on some constituencies, and that made some voters either vote for our opponents or not reporting to cast their votes at all.

Just imagine a sitting MP who almost lost the last election, upon hearing a member from one of the party’s overseas branches lacing his boot to contest him is making every effort to get the aspiring candidate disqualified. Imagine a candidate who inherited 30, 215 votes from his predecessor in the 2012 election but won with 17,233 votes in the 2016 election. The main opponent had 8,293 votes in the 2012 election, and the votes opponent’s votes galloped to 15,604.

A simple mathematical calculation shows that the opponent has been able to close the gap and now the difference in votes between the NDC and our opponent is just 1,629. From 30,215 and now the gap between the two is only 1,629. NDC leaders must look carefully at this trend before we start to gnash our teeth when this sitting MP is presented as a Candidate for his/her constituency in the 2020 election and the opponent also present their 2016 candidate and snatch the seat from us. This is just an observation and a piece of simple advice.