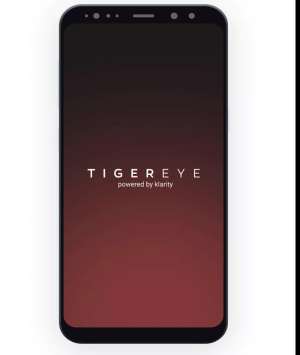 The App is to enable citizens secretly film and report corruption in both private and public institutions.

The App is available for both Android and IOS users.

Speaking to Modernghana's Ajarfor, Anas said with the app, it is easier to be an Anas.

According to him, the Tiger Eye App is a tool that will help citizens fight corruption.

"Download the app and be ready to record corruption wherever, whenever it happens," Anas intimated.

He added that the aim is to intensify the approach and make corruption everyone's fight.

"Ajarfor, that is the only way we can fight corruption. Corruption has spread to every aspect of our lives. Since corruption happens in secret jurisdictions, we need to equally go the same way to get the hardcore evidence. And the only way is to adopt this approach and make it a national struggle.

"I want to rip the entire nation off corruption irrespective of your social, political, economic and religious status. With this app people can secretly record corruption in the church, hospital, court, schools, workplaces and everywhere, " he emphasised.

While the former GFA boss, Kwesi Nyantakyi is still nursing his wounds in the infamous number #12 exposè, Anas recently dropped another shocking video on the bad guys in the galamsey fight including those tasked by President Nana Addo.

Even though the state is yet to prosecute persons implicated by the exposé, Anas is rolling up his sleeves to drop part two of the galamsey video in six months time.

The Tiger Eye app enables you to document corruption in your local community.

We help you create awareness about small-scale corruption, and to put pressure on the institutions to take action on your case.

The information is shared on social media and with journalists, civil society organizations, and governmental bodies. Together, we create awareness and pressure for action to be taken.