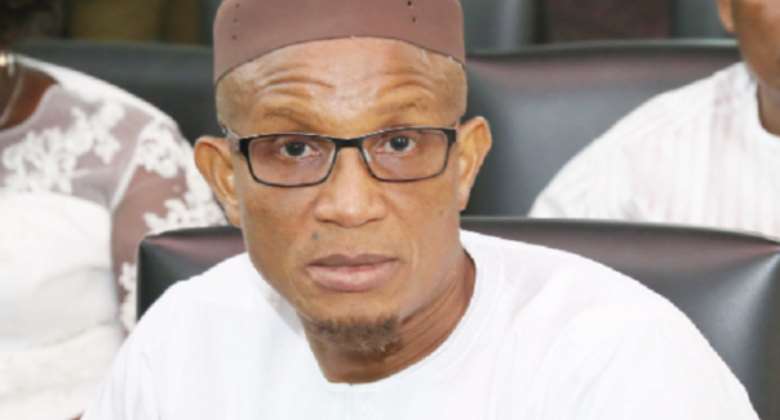 The Inner Cities and Zongo Development Minister, Dr Mustapha Hamid, have said he was going to help women who are producing all sorts of delicacies in the Zongos to package their products to get better patronage. This is a welcome news item and should be done in earnest. At the same time the minister is being encouraged to revive a tradition that was specifically associated with the Zongos so far as is food is concerned. Two types of dishes come to mind when the name Zongo is mentioned – Emootuo and Tuo Zaafi (popularly known as TZ). There is also the ever popular Zongo-abetee

The author grew up in both rural Asante and Kumasi in the sixties and seventies. It was observed during those periods that on Saturdays and Sundays, people troop out to Asawasi and Zongo (almighty Zongo Police station) from all parts of the City (Kumasi), to patronize restaurants serving both Emootuo and TZ. One could see patrons exaggerating their purchases by requesting their food be served in large-sized pots and pans. They usually would come in groups of two to ten, young men with either their girl-friends or their “new-catches”. It was always an exciting scene. It started early and by mid-day the restaurants would be relatively deserted.

The “traffic” increased whenever there was a soccer match involving Kumasi Asante Kotoko Football Club (Kotoko). It got even exponential when the match was between Kotoko and Accra Hearts of Oak (Hearts). None of the patrons wanted to be at the stadium on an empty stomach. They did not want to miss any action about the game so they would be at the stadium on time without coming out for any food.

This tradition would among other things explain why people in Kumasi were said to throw “fufuo” (a special dinner dish for the people of Kumasi and its environs) away anytime Kotoko lost a football match especially if the game took place in Kumasi and more specifically if it involved Hearts. They lost appetite for fufuo but for the fact that they had “piled up” during the day they could go to bed with something other than fufuo. It is a known and documented fact that when an Asante man/woman (majority of the people living in Kumasi) went to bed without eating fufuo then that individual/group did not eat that day. It did not matter the quality or quantity of any other food consumed for dinner that day.

Probably because Hearts wanted to see Kumasi threw fufu into the streets they (Hearts) always wanted to win in Kumasi. On a particular occasion Hearts won a game in Kumasi and the “Daily Graphic” captured it in its center-spread with pictures “The Day Kumasi Stood Still”. If people had the chance Hearts players like Maama Acquah, Christian (noted for scoring goals direct from corner kicks) and Polo “would die” on specific days as they variously scored against Kotoko.

Kotoko and Hearts are still playing and drawing their crowds on regular basis but the tradition of supporters passing through Zongo for their Emootuo and TZ before going to Baba Yara Sports Stadium (stadium) has died down. “Cha cha cha”, a rice-selling outlet near “Graphic” is no more. Patrons lined up by noon everyday to be served. New and other competing restaurants have taken over the tradition yet most of them are not even close to the original. No matter how others have tried they would never come close to what was cooked at Asawasi and Zongo – very original. They were prepared by women who were possibly not born in Kumasi as some of them could barely speak the Twi language. There was some level of authenticity attached to the dishes churned out.

Somebody can bring “the traffic” back to Kumasi ZONGO