Bloody Widow; A Distasteful Way To Describe Any Widow In Ghana, Says Npp-Finland. 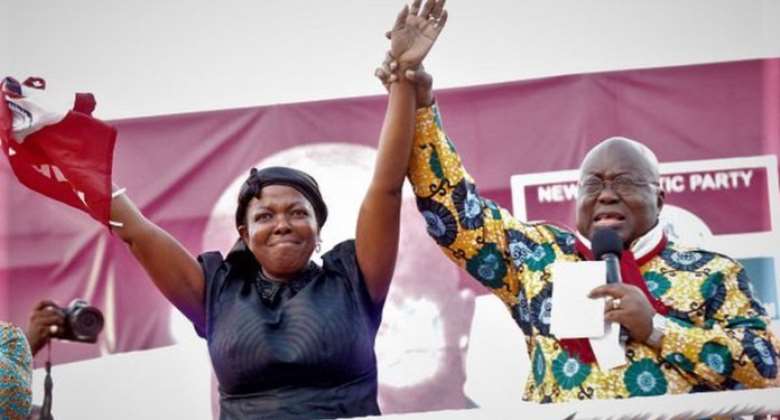 Flashcards with "BLOODY WIDOW" boldly written on them is what the NDC MPs showed in their walk out on Tuesday, February 5, 2019. The NPP-Finland is tempted to believe that these MPs were saying "a widow stained or covered with blood", but the NDC MPs may be saying something different. What the minority communicated is that the newly sworn-in MP, Lydia Alhassan is so much of a widow. In this case, NDC MPs used "BLOODY" as an intensifier, as one could say the Finnish weather could be bloody awful in winter or the scene at the Ayawaso by-election violence was bloody awful. We have used bloody to communicate the intensity or how awful the scene was in Ayawaso. The NDC MPs were simply making mockery of madam Lydia of her widowhood. What stops them of writing "BLOODY MP" on their flashcards? After all, that's what they were contesting; that they cannot be part of swearing-in of a bloody MP. Madam Lydia, take heart. If you could save your husband, you would have done it. When death comes knocking doors of spouses of those MPs making fun of your state, no one can save them, and they would not be happy to be called "BLOODY WIDOW or WIDOWER". To our newly-elected MP, madam Lydia Alhassan, the members of NPP-Finland and the entire Elephant fraternity see you as a comforted widow and may your late husband, our former MP, rest in peace.