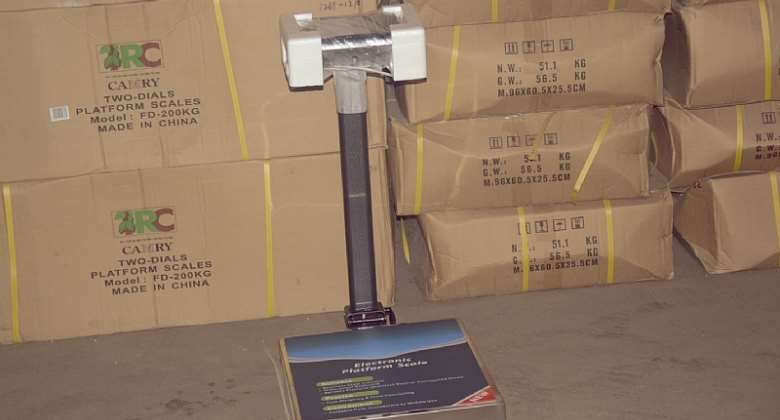 Alhaji Abdulzakou Adamou, Managing Director of the company said this was a planned effort to address the allegations of scale adjustment.

He noted that as part of the ongoing restructuring in the company’s operations, Management of ROCO introduced some innovations which include extending operations to the Volta Region and the adoption of electronic weighing scales for cocoa purchases.

"We believe the move will eliminate cheating tendencies; allay fears; boost trust, as well as ensure the payment of exact producer price to our hardworking cocoa farmers in the country," Alhaji stated.

Alhaji Adamou added that the introduction of the electronic weighing scales will make the company the preferred LBC in Ghana as the company affirms its commitment to phase out all manual platform scales from its operations within the next 2 years.

Alhaji Abdulzakou Adamou said this at the sideline of a ceremony to hand over 30 new trucks funded by GCB bank to his company to aid the company’s primary and secondary evacuation activities of cocoa beans across the cocoa regions in the country.

He stressed that the bank considered it appropriate to support ROCO in view of its viability, creditworthiness, good management system, and loyalty.

Nana Antwi Boasiako urged Management of ROCO to use the trucks for the intended purpose to raise last year’s purchase of 15,000mt of cocoa to an appreciable level.

"GCB bank has financed this year’s cocoa purchases by advancing funds to the tune of about GHC754 million; making it the biggest financier of LBCs in the country," he disclosed.

The Deputy Chief Executive of Ghana Cocoa Board (COCOBOD), Mr. Emmanuel Opoku praised the collaboration between GCB bank and ROCO in facilitating internal purchases of cocoa and called on banks and other financial institutions to support COCOBOD through direct financial assistance to LBCs.

Mr. Opoku advised the drivers of the trucks to observed safety and quality control measures during the evacuation of cocoa beans from the farm gates to the depots.