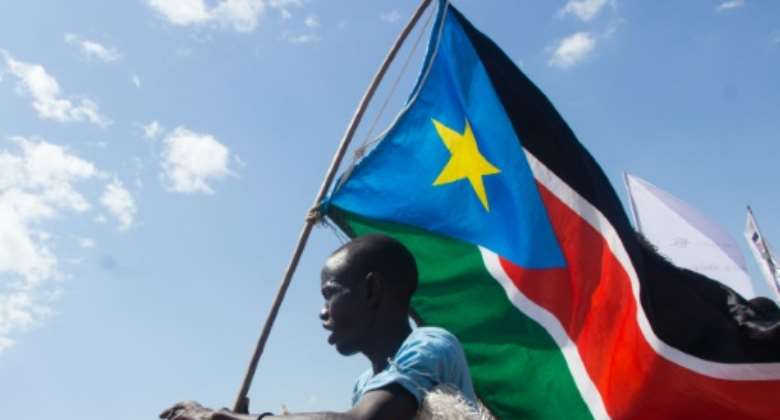 Since the peace deal was signed in September, diplomats say there has been a significant reduction in fighting in wartorn South Sudan. By Akuot CHOL (AFP/File)

South Sudan on Wednesday called on the international community to fund efforts to implement a peace deal, which is already four months behind schedule due to lack of money.

In an address to diplomats, deputy foreign minister Deng Dau Deng said the money was needed to move warring forces into cantonment areas, a move seen as vital to addressing security in the country.

"Our specific appeal is for our partners and for the diplomatic community in Juba to give support to plug the gaps... so that we can move," Deng said.

But Deng said the government only had $1.6 million for peace efforts.

"If you don't have resources, you cannot move," he said. "It is availability of the resources that will actually enhance the process itself."

From the fight for independence until it was achieved in 2011, foreign partners -- especially the United States -- have poured billions of dollars into the country.

Meanwhile investigations by the Enough Project advocacy group has shown how elites have looted government coffers to enrich themselves and fund the war.

Since the signing of the peace agreement, President Salva Kiir had had series of foreign visits to South Africa, Egypt, and China to lobby for resources, Deng said.

The peace agreement signed in September 2018 is the latest effort to end a nearly five year war that began when Kiir accused his former deputy, Riek Machar, of plotting a coup.

During the conflict, nearly 400,000 people were killed and millions forced out of their homes or to the brink of starvation.

But since the agreement was signed, diplomats say there has been a significant reduction in fighting, although pockets of fighting have continued between government forces and rebels who didn't sign the deal, especially in the Equatoria region.