The Danger Of A One-Sided Story 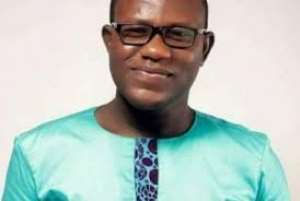 In the Bible, the story is told of how Potiphar’s wife did everything possible to lure young Joseph into her bed. After several failed attempts, she finally got hold of his shirt as the lad fled from the clutches of her seduction. Out of shame and pain, she concocted the story that he had wanted to rape her!

At this point, Potiphar’s wife seemed believable. She had Joseph’s shirt as evidence. She seemed to be all truthful… until Joseph presented his side of the story. Though Potiphar’s household never took his word for it, his side of the story explained matters better, especially, how his shirt got into the hands of his master’s wife. Never lunge at a one-sided story in conclusion.

For every story you hear, there are two narratives. There are two sides of every story you have ever heard. Inasmuch as you may not always get to hear the other side of the narrative, be careful in your conclusions. You may be hanging an innocent man. Even though the other half of the story may not be readily available, be careful not to judge. You may be crucifying a clean woman.

Like a coin, every story has two sides. You can’t assume how the other half looks like by just seeing one half. You can’t arrive at a judgment until you have seen both sides of the coin. Little wonder every competent court of justice will wait to hear the other side of a story before passing judgment. Even if whoever was caught in the act of a crime, every accusation brought upon them is only an allegation until they have given an account of their side of the story.

Each of us is supposed to be like a court. We must not draw conclusions based on rumors and one-sided stories.

In our world today, there’s a lot of falsehood packaged as truth. In their quest to climb the ladder of power and fame, many don’t give a hoot about others. They don’t mind painting others as the devil’s incarnate. In this era of social media, people can edit the pictures of others to appear real even though they are false… all with the calculated aim of pulling others down so they can climb up. You need discernment today more than you ever have!

As human as we are, we present stories that will make us look good in the eyes of others. Like Potiphar’s wife, people tell their side of the story to make all others appear evil even when they were wrong. If a single-sided story was all there was to believe, no one would ever be wrong.

People are cunning. In politics, everyone wants to appear the best choice. In business, they want to be at the top. In religion, everyone wants to be everyone’s favorite. Scandals are, thus, resorted to. Propaganda walks in. Falsehood and badmouthing become the order of the day. It takes a discerning heart to know a lying mouth. It takes great discernment to sieve the truth from lies.

Don't fall for everything. Some publications are satire presented as real ones. Some stories are carefully crafted to make others look bad always. Read beyond a headline. Get your facts right before you hang others in your mind. Not everything you hear about others is true. There’s a danger in falling for a single-sided story.

In this New Year, we all should make a conscious effort to go beyond one-sided stories. In every aspect of our lives, we ought to be intentional about drawing conclusions from both sides of a story. Our lives will be lopsided if we keep making decisions based on half-truths and incomplete evidences.

When you hear something ill about another whom you know, make a conscious effort to know their version of the story. If you hear all manner of news about your spouse, don’t conclude yet. It’s dangerous to conclude on a single-sided story. Approach them. Ask them. Get to know their version of the story. Of course, some may lie but at the end of day, whatever decision you may take will be fair. You would have weighed both sides of the story and known which was more believable.

As a leader, when you hear complaints about your subordinates, exercise restraint. Don’t launch an attack on them yet. All you have is the single side of a double-sided story. Listen to them, too. It may not be as was presented. There may have been some exaggeration.

When you read ill news about some characters, go beyond the content. The story may be a fabricated one. It may be one whole drama of propaganda. Though such characters may have been bad in times past, be certain they did this, too. This time, it may just be a setup. Be discerning at all times you come across any news item. A one-sided story is like a half-truth. It’s a half lie!

Life’s all about stories. We make friends and enemies out of what we hear. We become die-hard enemies or friends of others based on what we read or hear about them. We ought to, thus, be discerning. What we hear about people may not be all there is to know. What we read about them may only be twisted to favor the teller of the story.