Two Years Of Akufo-Addo And NPP: Western Region Urges Nana To Sit Up 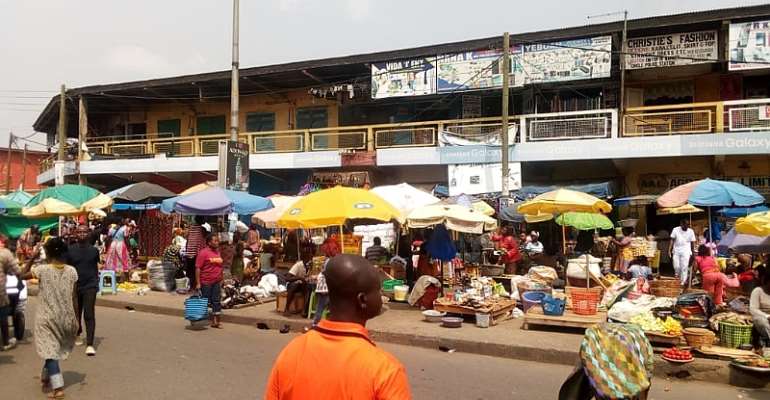 Residents of Takoradi the capital region of the Western Region have rated President Nana Addo performance in two years in governance as average.

Monday, January 7, 2019 marked exactly two years when Nana Addo Dankwa Akufo Addo was sworn in to office as the president of the Republic of Ghana.

Several reports from reputable institutions including the International Monitory Fund (IMF) has stated that the Government is on track but many Ghanaians have mixed feelings to this reportage saying that; what has been stated on paper do not reflect in their businesses as well as their pockets.

On the streets of Takoradi, most of the residents who spoke to thepressradio.com ’s Ama Boadiwa Morcher expressed their dissatisfaction in the governance of Nana Addo laying emphasis to the promises and the message carried in the manifesto of the ruling party.

“We voted massively for Nana Addo because we believed in him and considering the promises that we were assured. Its been two years now and we don’t really see what is going on, our President must sit up in all the sectors of the economy.” a resident told Ama Boadiwa Morcher.

Another person lamented the poor governance style of the president insisting that the economy is not doing as well as it is supposed to, citing the reduced patronage of goods as his reason.

Another expressed regret for voting for the Akufo-Addo-led government over what he describes as the several failed promises by the president.

However, others praised the president for such a feat in a rather short period of time.

Highlighting education and creation of jobs for the youth in the country by this government, many testified of their children and siblings being beneficiaries of the Free Senior High School policy which took off in the first term of President Akufo-Addo’s term in office insisting the Free SHS policy has saved them the trauma of ‘hustling’ for huge sums of money to enroll their wards into senior secondary school.

Torching on job creation by this ruling government, one resident asserted that, the One-district, One-factory policy which was implemented by the NPP has helped curb the rate of unemployment in the country since the target for the project were the youth.

Others also said there is more room for improvement and expressed optimistic that the NPP government can transform the country if they fulfill their promises.